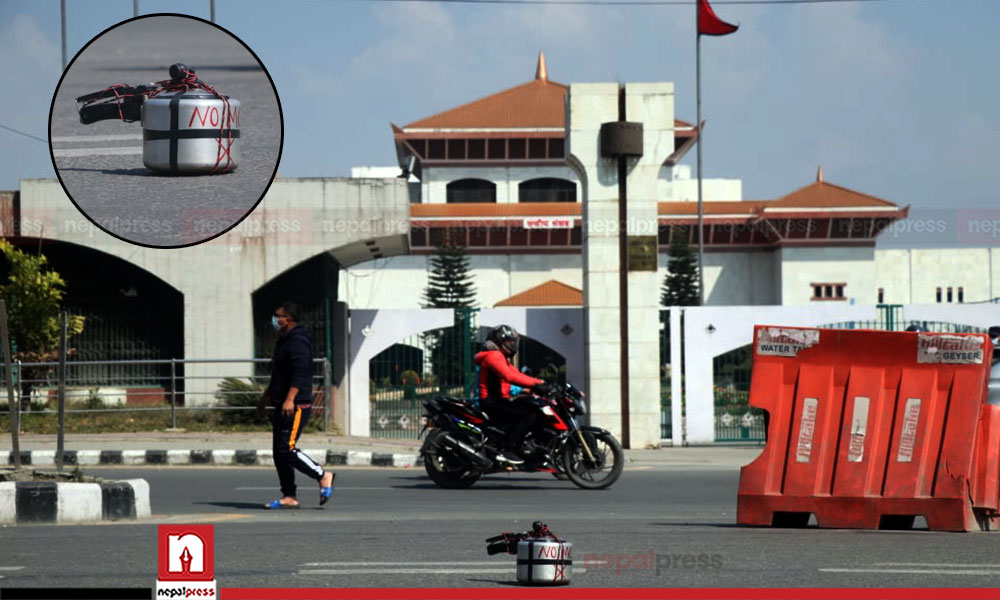 KATHMANDU: A suspicious object has been found outside the Parliament building in New Baneshwor on Monday.

A pressure cooker with ‘No MCC’ written was found outside the building this morning.

After the suspicious object was found outside the Parliament building, security has been beefed in the New Baneshwor area.

Police said that a special team of the Nepal Army has been informed to identify whether it is a bomb or not and dispose it.