“We decided to stand in favour of MCC to save post of Speaker, 14 lawmakers” 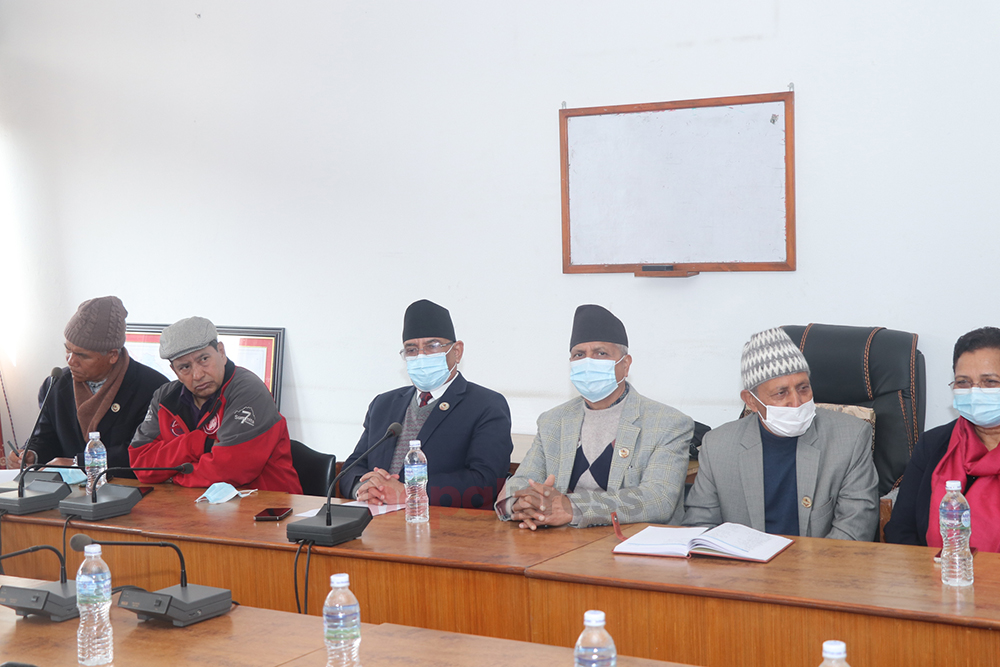 KATHMANDU: CPN (Maoist Centre) Chairman Pushpa Kamal Dahal said that they decided to endorse the Millennium Challenge Corporation (MCC) with interpretative declarations after the Nepali Congress and the CPN-UML decided to make an agreement to remove Speaker Agni Prasad Sapkota and 14 lawmakers of the CPN (Unified Socialist) from their post if they stand against the compact.

Persuading the lawmakers in the party’s Parliamentary Party meeting on Sunday, Dahal said that the party decided to vote in favour of the MCC to keep the coalition intact and to safeguard the constitution. He urged the lawmakers not to think otherwise.

“You must have noticed how much KP Oli is desperate to break the alliance,” a lawmaker said as Dahal saying.

Dahal read out the interpretative declarations in the meeting.