Actor Paul Shah announces to present himself before police today 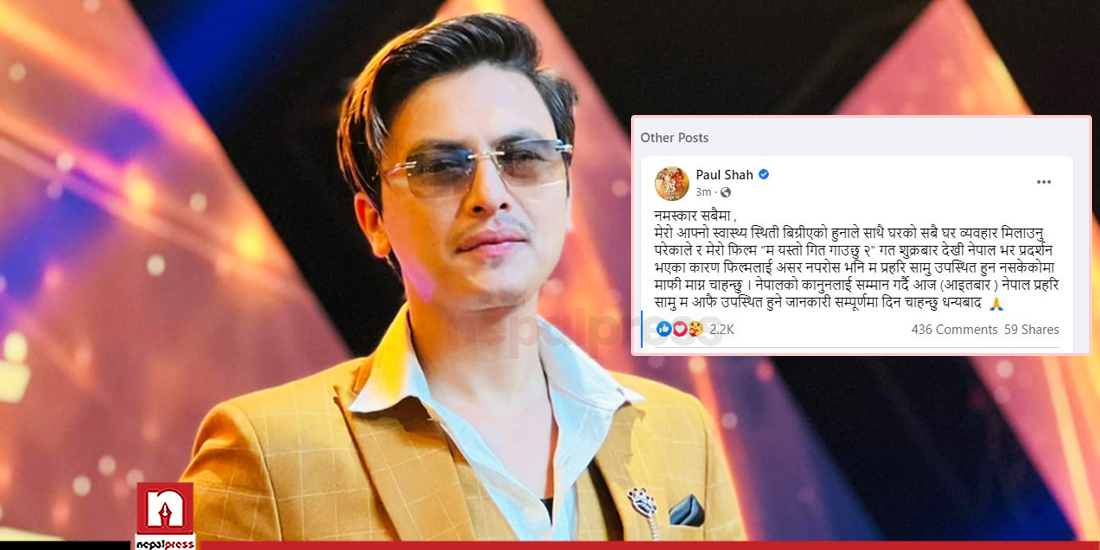 KATHMANDU: Actor Paul Shah said that he would present himself before the police on Sunday.

He made the announcement while writing status on social media.

“I would like to tell everyone that I will present myself before the police today itself by respecting the law of Nepal,” Shah said.

Shah has been accused of raping a minor girl in Tanahun.

Recently, an audio having a conversation between actor Paul and singer Adhikari was leaked on social media where Shah has accepted having sex with Adhikari.

However, actor Shah through his Facebook had said that some of his friends are involved in tarnishing his image.