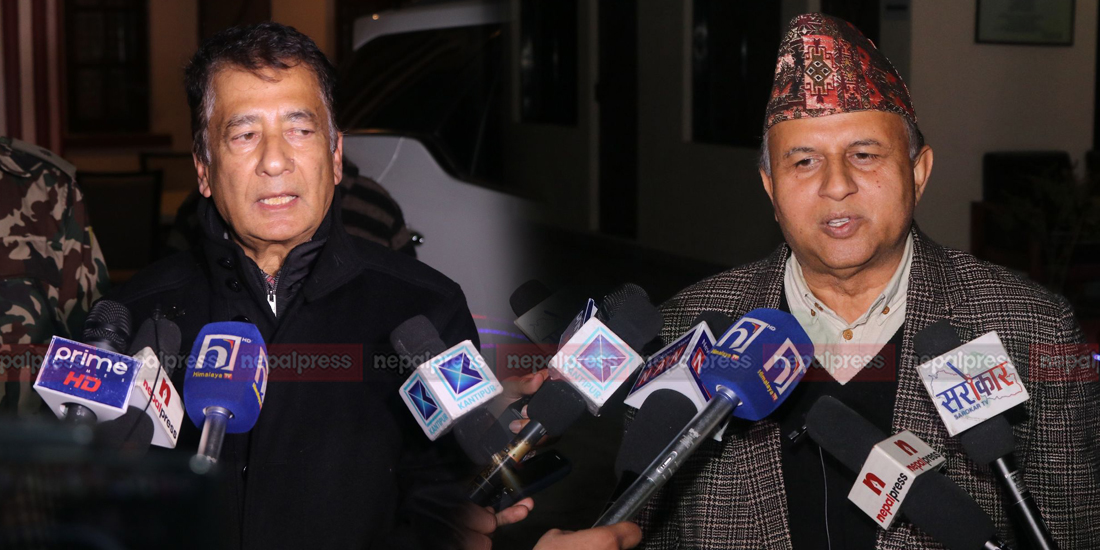 KATHMANDU: A meeting of the second-rung leaders of the Nepali Congress and the main opposition CPN-UML held at the UML Chairman KP Sharma Oli’s residence in Balkot to discuss Millennium Challenge Corporation (MCC) ended inconclusively on Saturday.

During the meeting, the Nepali Congress leaders proposed the UML leaders to lift the House obstruction and help ratify the $500 million grant agreement. But, the UML turned down the proposal, Minister for Communications and Information Technology Gyanendra Bahadur Karki said.

The UML said that it is the responsibility of the Nepali Congress and the government to create a conducive environment for them to take part in the Parliamentary proceedings.

During the meeting, UML General Secretary Shankar Pokharel said that the ruling coalition  parties should clear their position on the MCC.

He said that the UML’s opinion on the MCC will be meaningless until the government and the ruling alliance clear their position.