NC, UML positive to stand together for democracy 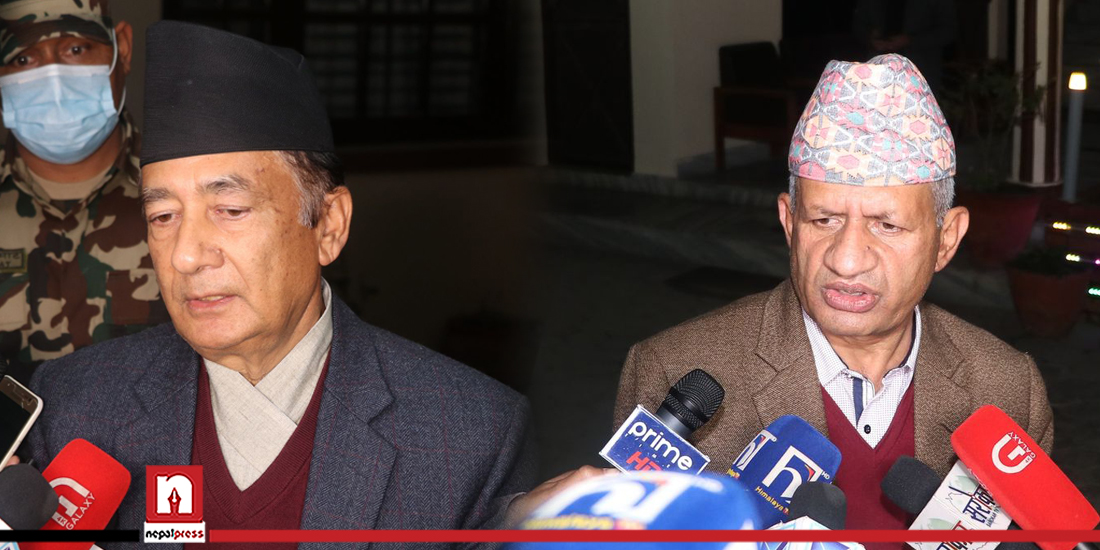 KATHMANDU: A meeting of the ruling Nepali Congress and the main opposition CPN-UML ended without making a concrete decision.

During the meeting, both the parties said that they have to move ahead together to protect democracy.

Prime Minister Sher Bahadur Deuba said that the Millennium Challenge Corporation (MCC) should be endorsed even at the cost of the coalition and the UML Chairman said that they would not allow the House to function until 14 lawmakers are relieved of their position.

As the Nepali Congress and the UML fought together for democracy, Chairman Oli said that both the parties should stand together in the coming days too.

Talking to journalists after the meeting, Minister for Communications and Information Technology Gyanendra Bahadur Karki said that Chairman Oli, during the meeting, underscored the need to move ahead together.

Likewise, UML Deputy General Secretary Pradeep Gyawali said that Prime Minister Deuba, in a different way, said that the forces who fought for democracy should be united.