KATHMANDU: The government has formed a committee to investigate an incident relating to access of a person without a passport and a visa to the Nepal Airlines Corporation (NAC)  aircraft as it was about to take off towards Doha of Qatar from Tribhuvan International Airport (TIA).

The Ministry of Home has described the case as highly sensitive in terms of security and decided to bring it under investigation. The Ministry in a press note today said the incident grabbed its serious attention.

The committee will assess the security of TIA, works allocations of several bodies, possible weaknesses and ways for improvement.

The nine-member panel is coordinated by the Director-General, Department of Immigration, Narayan Prasad Bhattarai, according to the joint secretary and Ministry spokesperson Phanidramani Pokhrel.

The committee is mandated to submit its report within seven days of its constitution. The case was reported on February 21.RSS 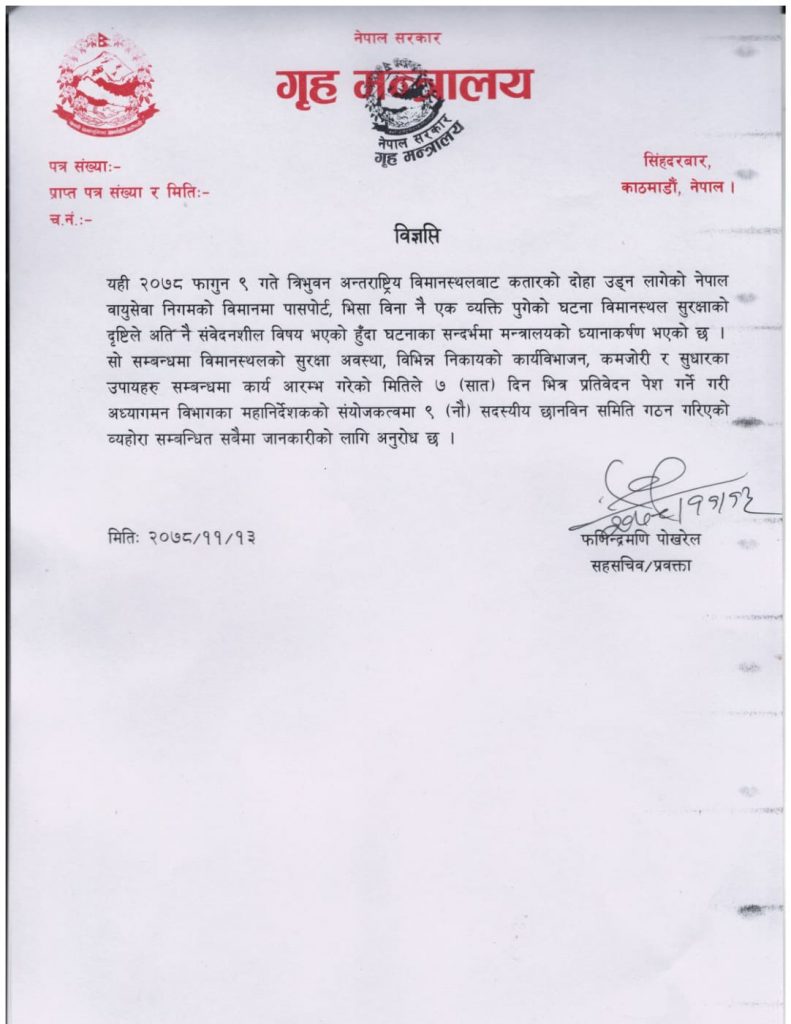