We are ready to hold discussions on all demands of UML: PM Deuba 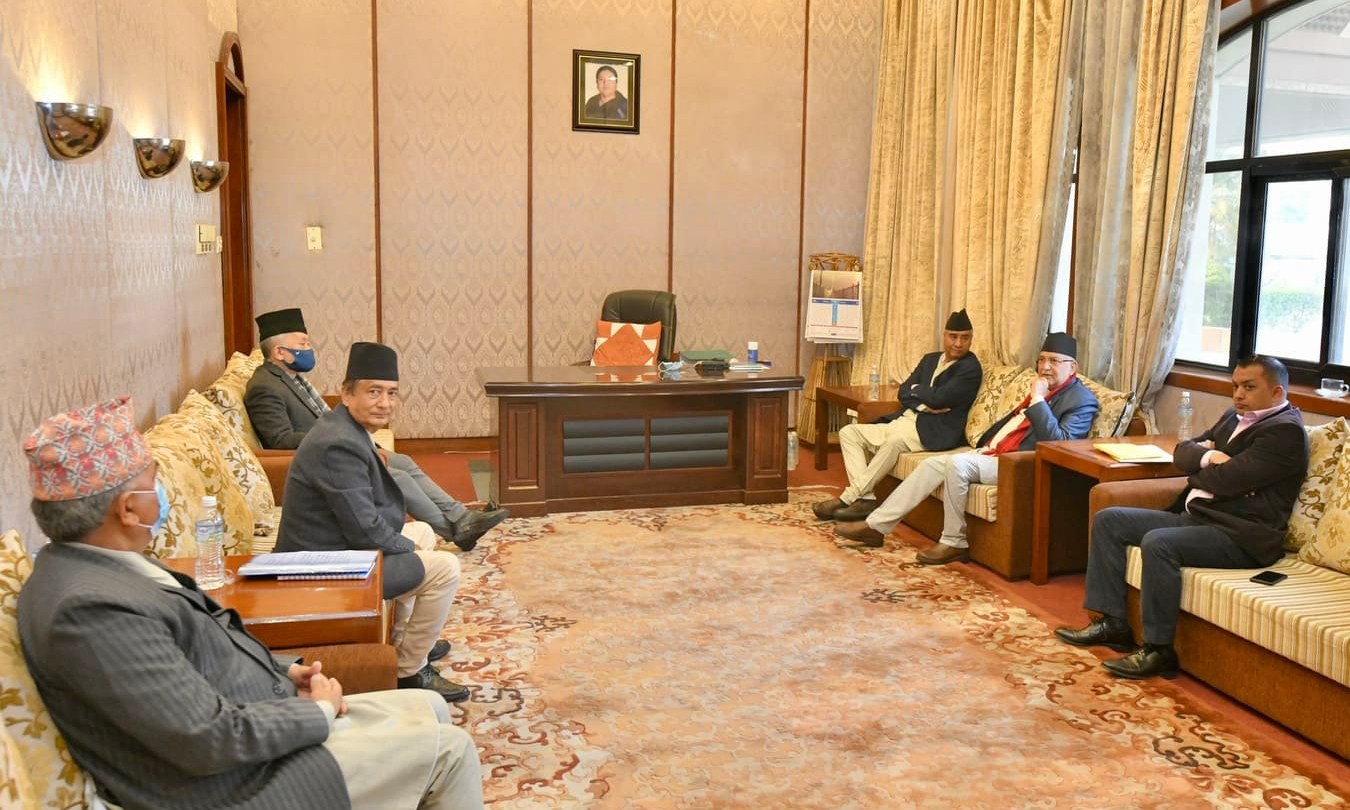 KATHMANDU: Prime Minister Sher Bahadur Deuba has sought the help of main opposition CPN-UML to ratify the Millennium Challenge Corporation (MCC) and said that he is ready to discuss all options for the same.

During a meeting held with UML Chairman Oli at the Parliament building in New Baneshwor on Thursday, Prime Minister Deuba urged him to participate in the discussions on the MCC by lifting the House obstruction, Nepali Congress General Secretary Gangan Thapa said.

“We are ready to hold discussions on all kinds of demands of the UML. But the party has to take part in the discussions on the MCC in the Parliament,” PM Deuba said.

In response, Oli said that he will meet him after holding a discussion with the party leaders on the proposal. PM Deuba and Chairman Oli will hold a meeting again at 7 pm today.

The UML has been saying that they would not allow the House to function until the Speaker is removed or until he takes action against their 14 lawmakers.