We allowed government to table MCC in Parliament to protect Speaker: Dahal 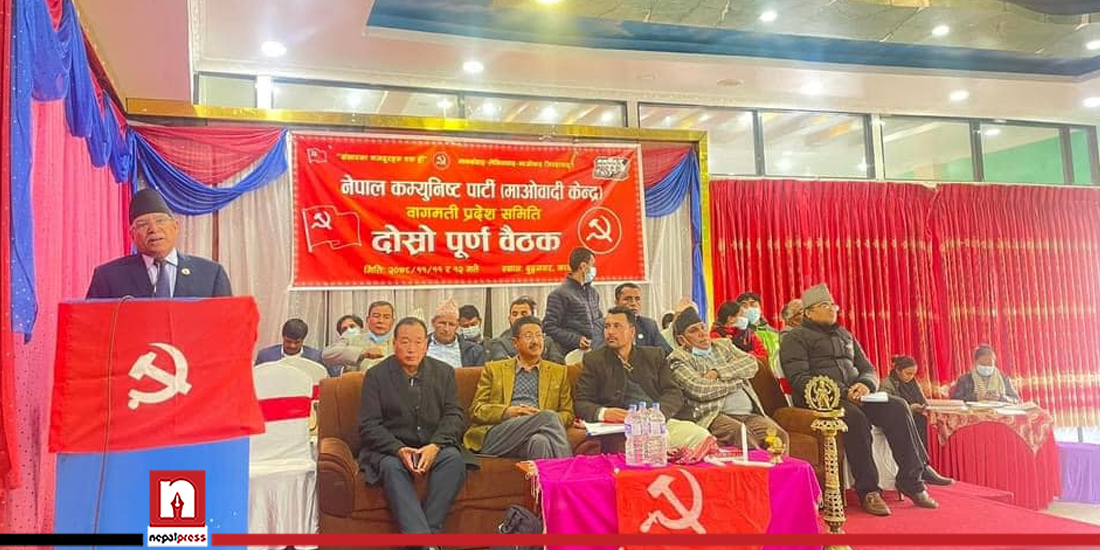 Addressing a Bagmati Province Committee meeting of the party on Wednesday, he said that Speaker Agni Prasad Sapkota allowed the MCC to table in the Parliament after the Nepali Congress also reached the stage of demanding the resignation of the Speaker.

The Chairman said that both the government and the main opposition CPN-UML would have demanded the resignation of the Speaker if the MCC was not tabled in the Parliament on February 20.

Saying that some elements are hatching conspiracy to take the country to regression through the MCC, he said that they are trying to attack the achievements of the people’s war through the $500 US grant agreement.

During the programme, Dahal said that they would vote against the MCC in the Parliament, Province Committee member Tara Narayan Shrestha said.