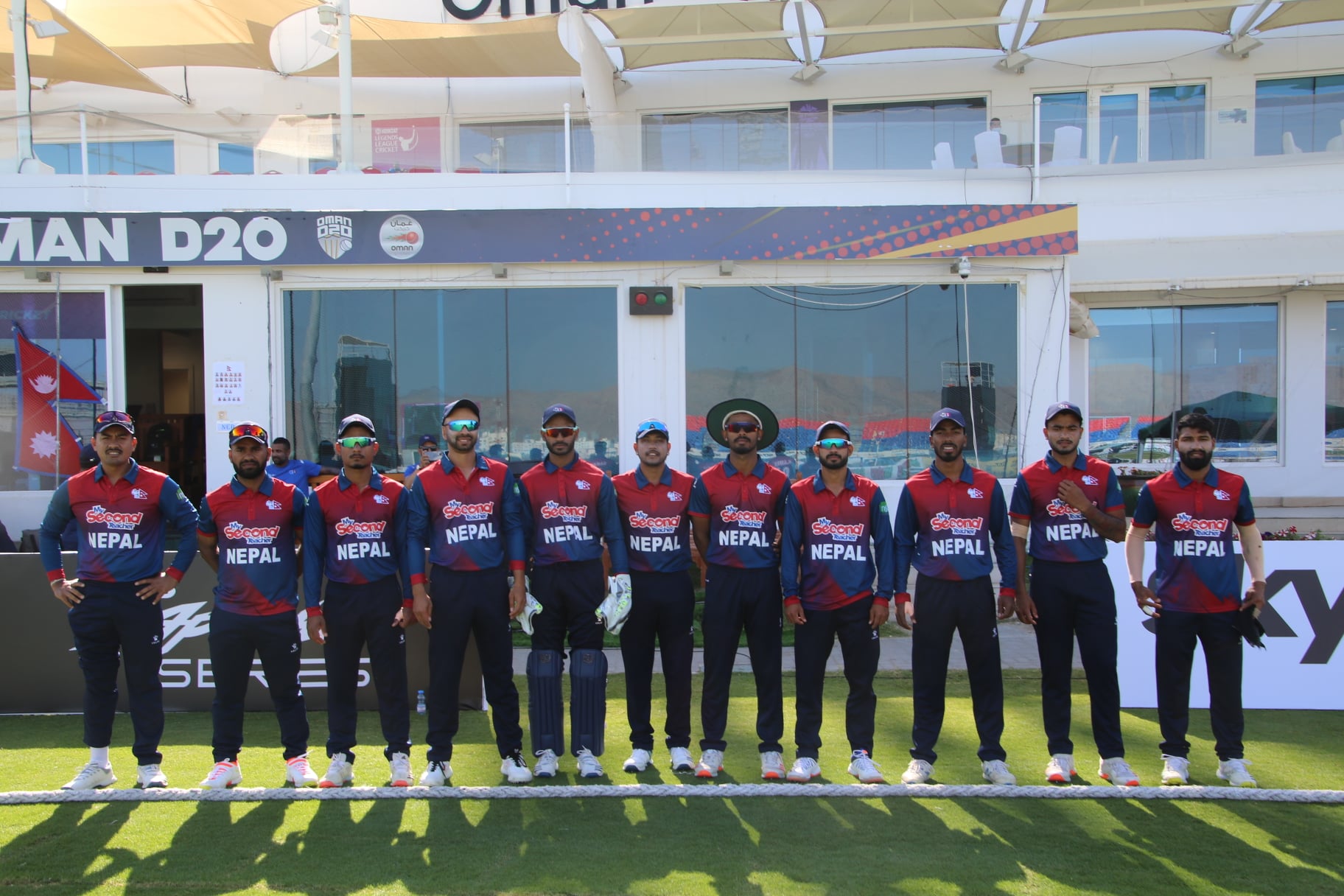 KATHMANDU: Nepal lost to the United Arab Emirates (UAE) by 68 runs, dashing all hopes for a berth in the T20 World Cup to be held in Australia later this year.

In the global qualifier semi-final match held at Oman earlier today, Nepal posted only 105 runs, losing all wickets in 18.4 overs, while chasing the victory target of 176 runs.

After winning the toss, the UAE decided to bat first and posted a challenging total of 175 runs in 20 overs, losing 7 wickets. Opener Muhammad Waseem top-scored for the UAE with 70 runs in 48 balls, followed by Vritiya Arvind who scored 46 runs.

For Nepal, Jitendra Mukhiya and Avinash Bohara took 3 wickets each, giving away runs at the rate of 11.5 runs per over. Captain Sandeep Lamichhane took 1 wicket giving away only 24 runs in his quota of 4 runs.

In the run chase, Nepal faltered from the first over itself, losing opener Aasif Sheikh and Lokesh Bam in the fourth and fifth ball of the innings. Only three batsmen Dipendra Singh Airey (38), Gyanendra Malla (20) and Aarif Sheikh (11) scored in double figures.

Man-of-the-match Ahmed Raza of the UAE took 5 wickets while Junaid Siddique took 3 wickets to take their team to the World Cup being held in October-November in Australia later this year.

Nepal had qualified to the semi-final without losing a match in the group stage, and only a win today could have taken the country to the World Cup. Nepal had defeated Oman, Canada and the Philippines comfortably to top group B and met runners-up of group A, the UAE in the semi-final.

In the second semi-final, Ireland beat hosts Oman by 56 runs to qualify for the final, and to the T20 World Cup 2022. RSS