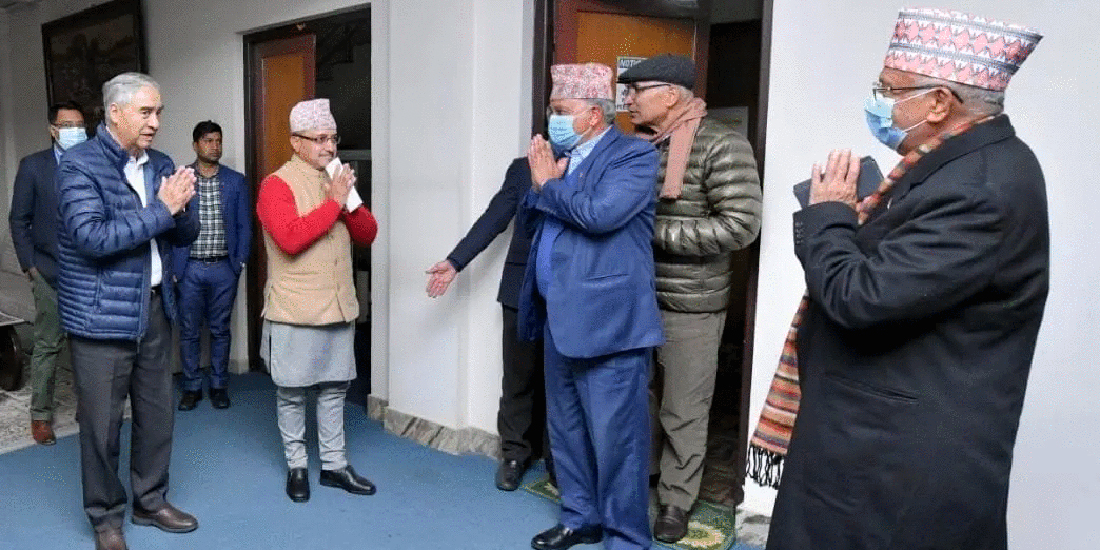 During the meeting, PM Deuba urged Oli to help endorse the Millennium Challenge Corporation (MCC) tabled in the Parliament on Sunday.

In response, Oli said that they would think about endorsing the MCC only after the government addressed their demands.

The UML leaders have been raising their voices in the Parliament for the past six months putting forth various demands.

Similarly, Vice-President Purna Bahadur Khadka among other leaders attended the meeting from the Nepali Congress.