Hailstones, rain damage crops worth around Rs 110 million in Pokhara 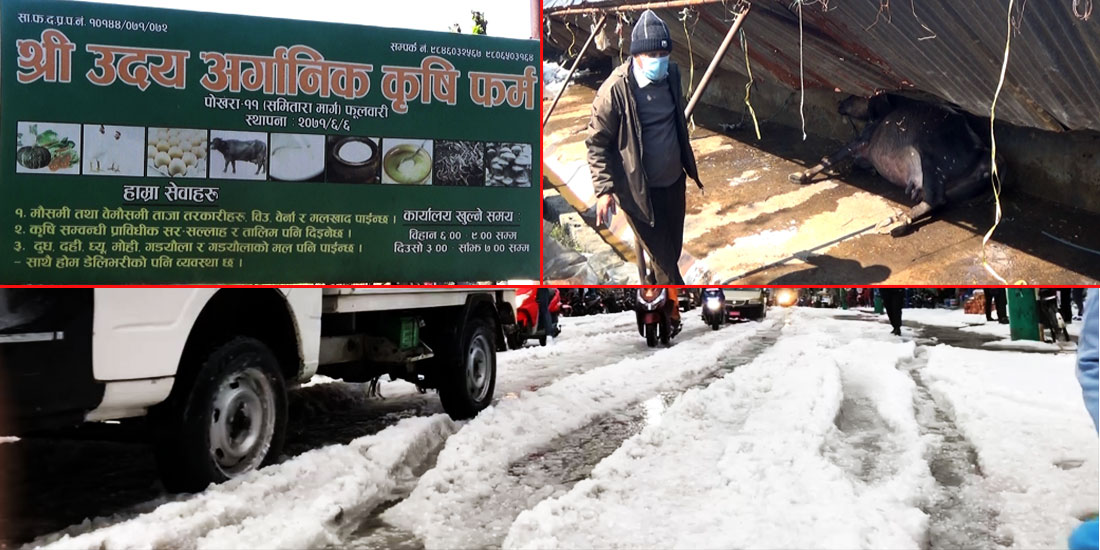 KATHMANDU: Crops worth more than 110 million rupees were damaged by the rain and hailstones that occurred in Pokhara on Sunday.

According to Manohar Kadiyar, Chief of the Agriculture Department in Pokhara, heavy hailstorms destroyed crops in ward no. 9,11, 13 and 18.

Two buffaloes of the Udaya Organic Agriculture Farm of Phalman Gurung in Pokhara Metropolitan City-11 were also killed due to the hailstones.

Likewise, the hailstones and rain also severely damaged the vegetable farm of Motiram Bhattarai of Pokhara-11.

Vehicular movement was also obstructed throughout the day on Sunday due to heavy hailstones and rain.

Dozers were also used to clear hailstones from the roads.