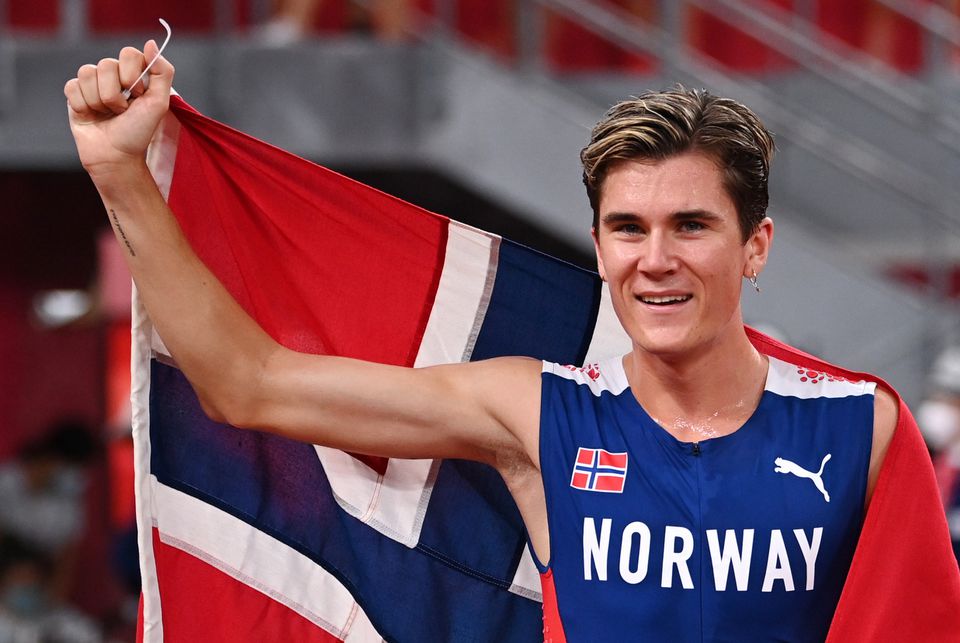 Olympic 1,500m champion Jakob Ingebrigtsen broke the world indoor record for the distance on Thursday night in another display of speed and strength that suggests his Tokyo success was only the start, Reuters reported.

The Norwegian shaved almost half a second off the old mark held by Ethiopian Samuel Tefera, clocking 3 minutes 30.60 seconds at the World Athletics Indoor Tour Gold meeting in Lievin, France.

The 21-year-old tucked in behind his pacemakers for the first half of the race before surging clear of everyone except Tefera, who remained in touch until 300m from home.

Ingebrigtsen covered the final lap of the 200m track 27.57 seconds to finish more than three seconds clear of Tefera.

“This is always a fast race and it’s a really nice arena,” Ingebrigtsen said.

“I like to finish strong; I think it’s nice for the crowd but it’s also nice for me to speed up going into the finish.”

In Tokyo last year, he became the first man from his nation to win the 1500m, powering away from his rivals down the final straight.