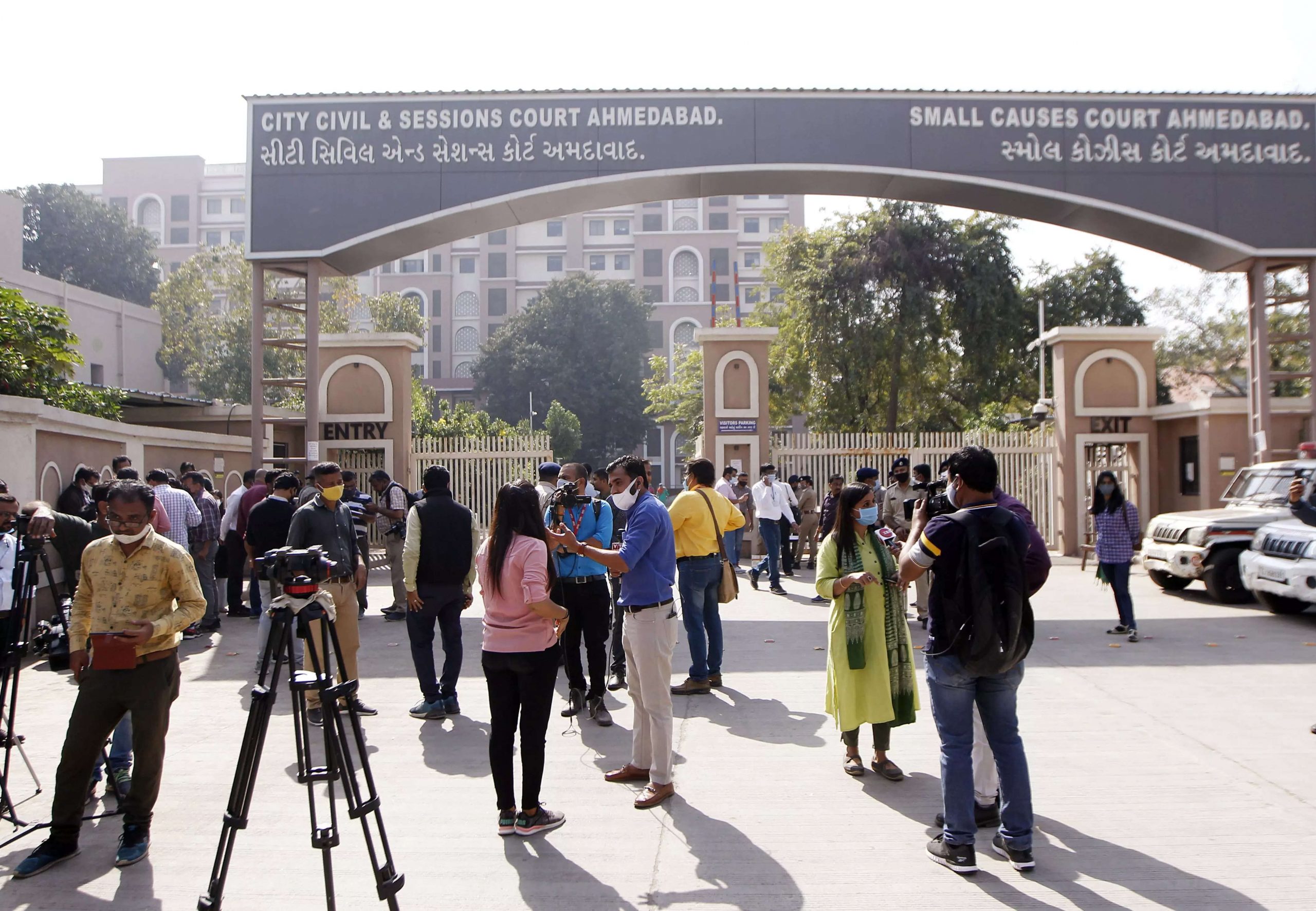 A special court in Gujarat on Friday sentenced 38 of the 49 convicts in the 2008 Ahmedabad serial blasts case. The remaining 11 convicts were sentenced to life imprisonment, reported news agency ANI, Hindustan Times reported.

The convicts had joined the proceedings through video conference from jails in Ahmedabad, Bhopal, Gaya, Bengaluru and other parts of the country. The convicts were awarded punishment by special judge AR Patel.

On February 8, the court had convicted them for the serial blasts that took place on July 26, 2008, in the city claiming 56 lives and leaving over 200 persons injured. As many as 28 other accused were acquitted in the case as the court decided to give them the benefit of the doubt.

All the 49 were convicted under Section 16 of the Unlawful Activities (Prevention) Act which deals with terrorism, as well as IPC sections 302 (murder) and 120-B (criminal conspiracy).

They were also convicted under IPC sections 307 (attempt to murder), 121-A (conspiracy to wage war or attempt to wage war against the nation) and 124-A (sedition) as well as Explosive Substances Act and Damage to Public Property Act.

As many as 20 bombs went off in different areas of Ahmedabad within a span of 70 minutes on July 26, 2008. The Islamic terror group, Harkat-ul-Jihad-al-Islami, had claimed responsibility for the attacks

Police had said members of the terror outfit Indian Mujahideen (IM) were involved in the blasts. The IM terrorists had planned the blasts as a revenge for the 2002 post-Godhra riots, police said.