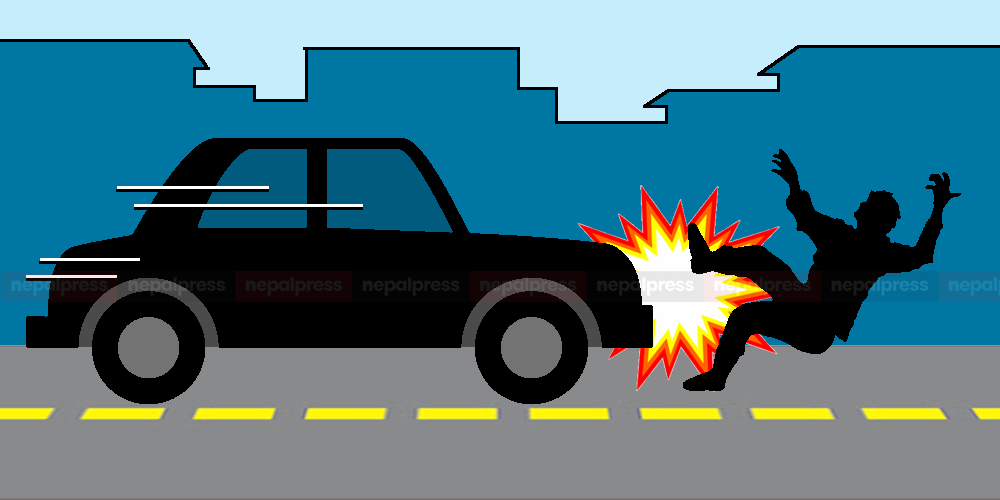 KATHMANDU: Two pedestrians died when a minibus hit them in Balaju, Kathmandu on Thursday.

Police identified the deceased as Bikash Tamang (18) of Rasuwa. Police said that the identity of a woman, who appears to be in her mid-50s, is yet to be ascertained.

The mini bus hit them while crossing the road in front of the Ganga Hall in Balaju at around 6 am today.

The duo, who were seriously injured in the incident, breathed their last on the way to a hospital, SP Sanjeeb Sharma of the Metropolitan Traffic Division said.

Police said that they are searching for the bus driver who fled the scene after the incident.