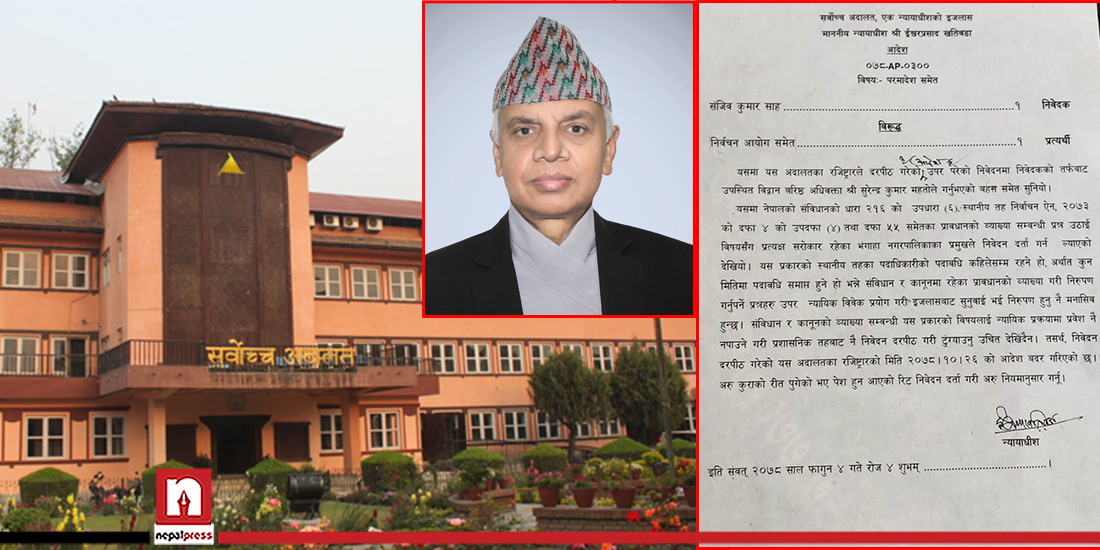 KATHMANDU: The Supreme Court (SC) has issued an order to register a writ petition on the civic polls.

According to him, the writ petition was earlier rejected on February 9. “It is rationale to resolve the issue relating to the tenure of local level office-bearers by interpreting constitutional and legal provisions through judicial review”, reads the apex court order. “It is not appropriate to settle such issue relating to the constitution and law by rejecting the application at an administrative level without bringing this to the judicial process”.

It may be noted that the Mayor of Bhangaha municipality of Mahottari, Sanjeev Kumar Sah had attempted to register a writ petition demanding not to conduct local election in a single phase.

He argued that the conduction of the local election announced for May would deprive them to complete the constitutionally-stipulated five-year term.

Dahal informed that the writ petition of Mayor Sah would now be registered with this. RSS