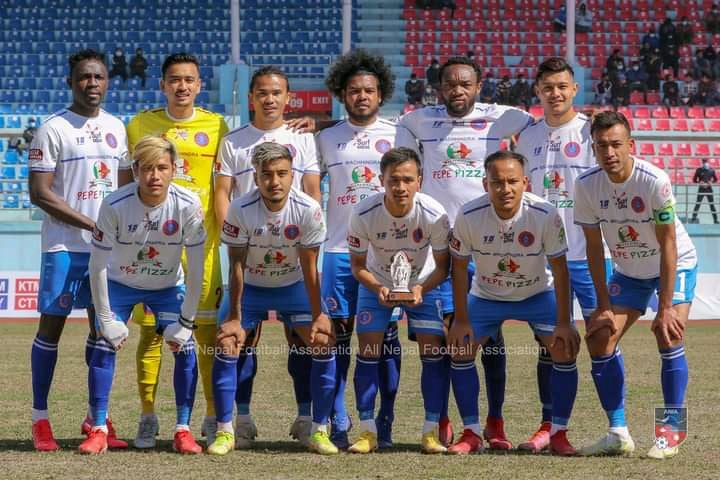 KATHMANDU: The Machhindra Football Club bagged the title of the Martyr’s Memorial ‘A’ Division League ahead of two matches.

The Club beat Satdobato Youth Club 1-0 in the match held at the Dasarath Stadium at Tripureshwor today to win the league.

Machhindra is yet to face Three Star Club in the 12th round of the match and the Nepal APF Football Club in the last match. However, even if Machhindra Club concedes defeat in these two matches, it will emerge a winner due to the points that it has secured so far.

It has gathered 29 points in 11 matches leaving behind Manang Marsyangdi Club by 9 points. Manang has played 10 matches and secured 20 points. Among the 11 matches Machhindra played, it won 9 and ended up in a draw in two matches.

With this, Machhindra will be clinching the title of the League for the second consecutive time. The club had won the first title earlier in 2017 BS.

Similarly, Satdobato Youth Club has collected 15 points in 11 matches and secures 6th position in the League.