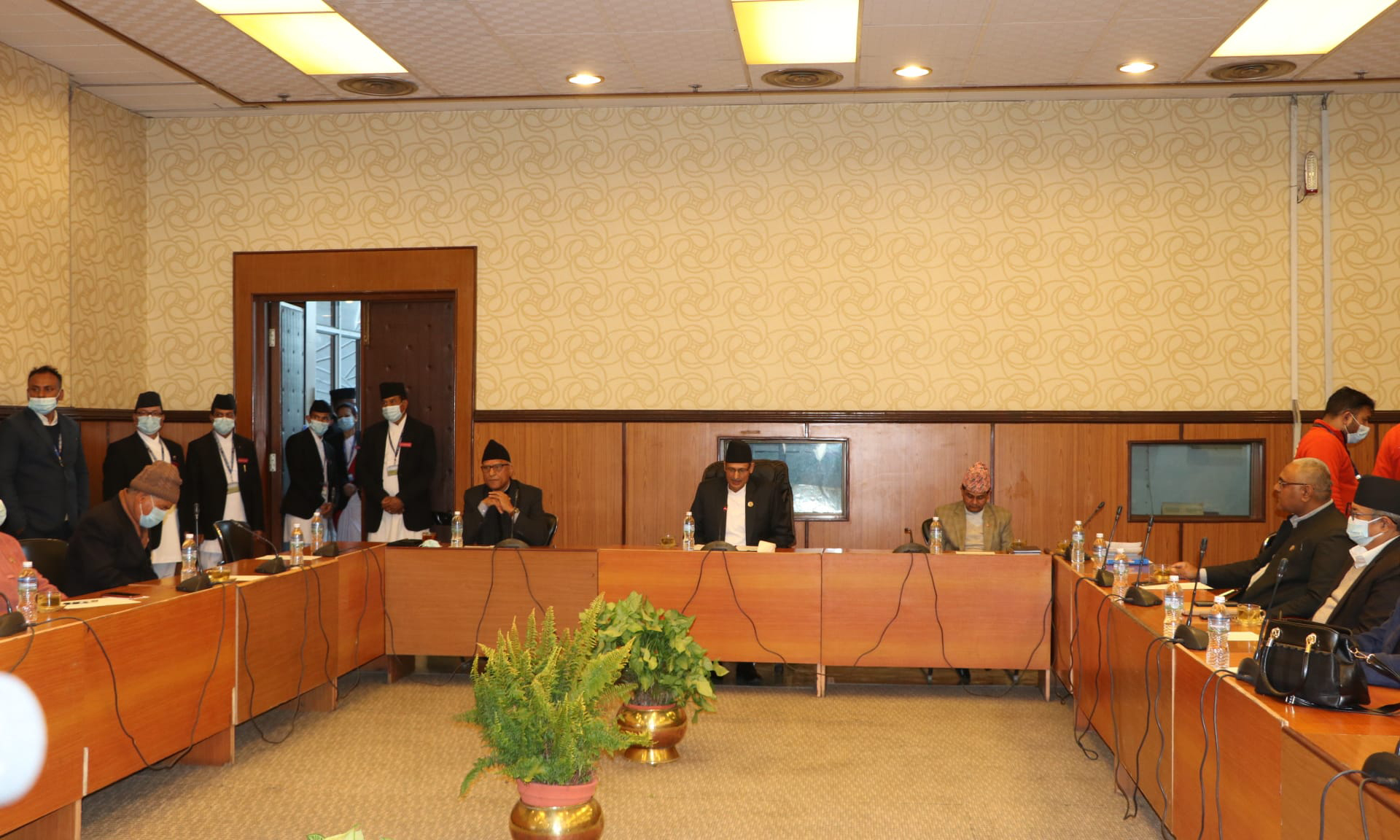 KATHMANDU: A meeting of the Business Advisory  Committee has begun at the Federal Parliament Building, New Baneshwor to finalise the agenda for today’s House of Representatives ( HoR)’s session.

However, the main opposition CPN -UML is absent in the meeting.

The meeting is expected to discuss the Millennium Challenge Corporation (MCC), the US-aid proposal, deciding whether to include it in the agenda for today’s session of the Lower House. RSS