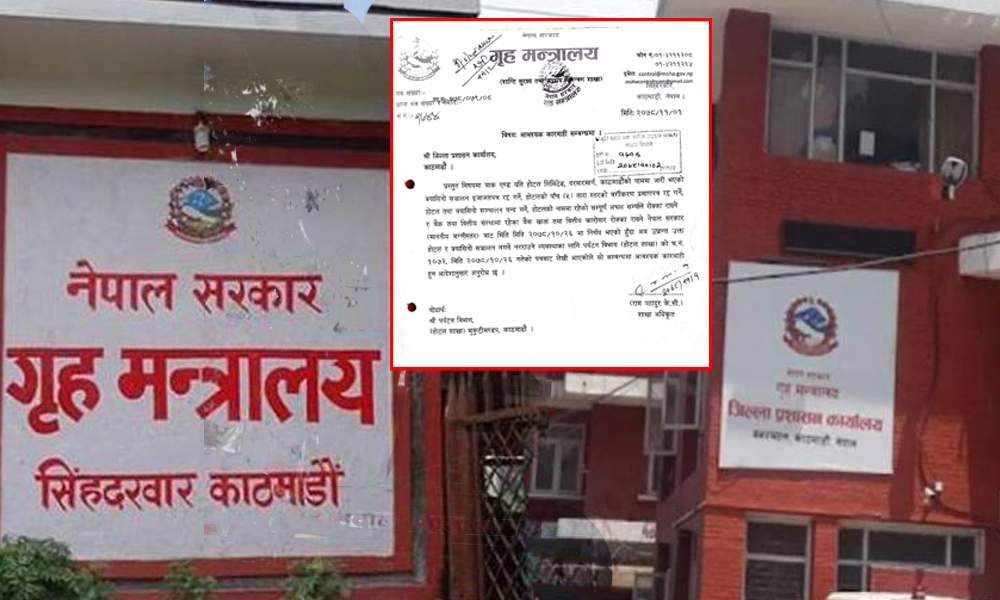 KATHMANDU: The Ministry of Home Affairs has directed the District Administration to close Hotel Yak and Yeti and its casino.

The Ministry on February 13 had directed the District Administration Office to carry out necessary works to implement the decision of the Tourism Ministry.

The Ministry of Culture, Tourism and Civil Aviation on February 9 had scrapped the license of the hotel to operate the casino after it failed to clear outstanding payments owed to the government.

The government has also decided to hold the immovable asset and freeze all the bank accounts until the hotel pays the amount.

In the meantime, Minister for Culture, Tourism and Civil Aviation Prem Ale held a meeting with Home Minister Bal Krishna Khand on the issue.

Later, the Home Ministry sent a letter to the District Administration Office.