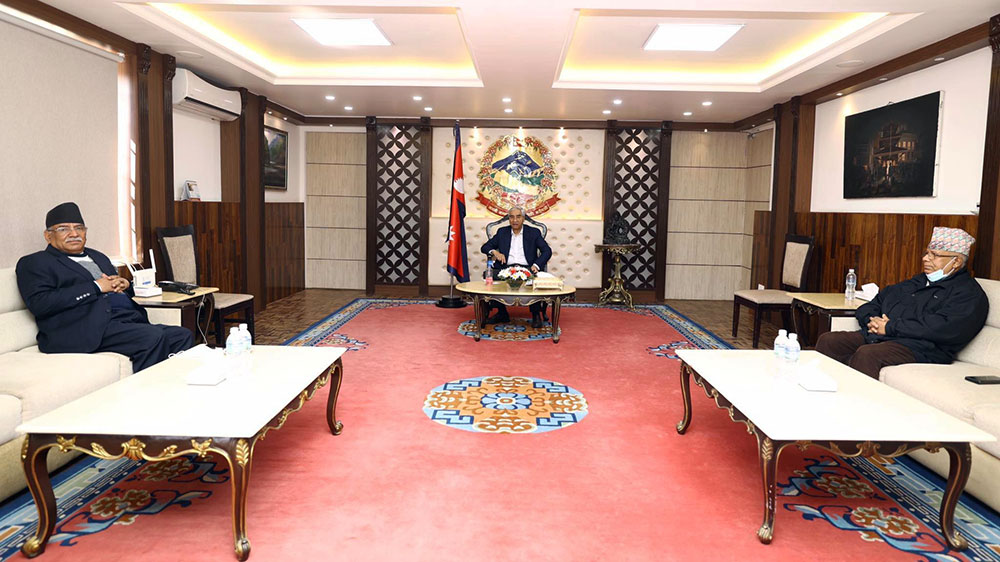 KATHMANDU: A meeting of the top leaders of the ruling coalition held at the Prime Minister’s official residence in Baluwatar to forge consensus on the Millennium Challenge Corporation (MCC) ended without making any solid decision on Saturday.

According to Dahal’s Secretariat, the leaders failed to forge consensus on MCC.

They also discussed postponing the Parliament meeting. The main opposition CPN-UML had urged the government to postpone the meeting of February 14.

Dahal and Nepal said that the meeting can be held on February 16.

Nepali Congress is in favour of endorsing the MCC while Maoist Centre and CPN (Unified Socialist) have been saying that the MCC cannot be passed without amendments.