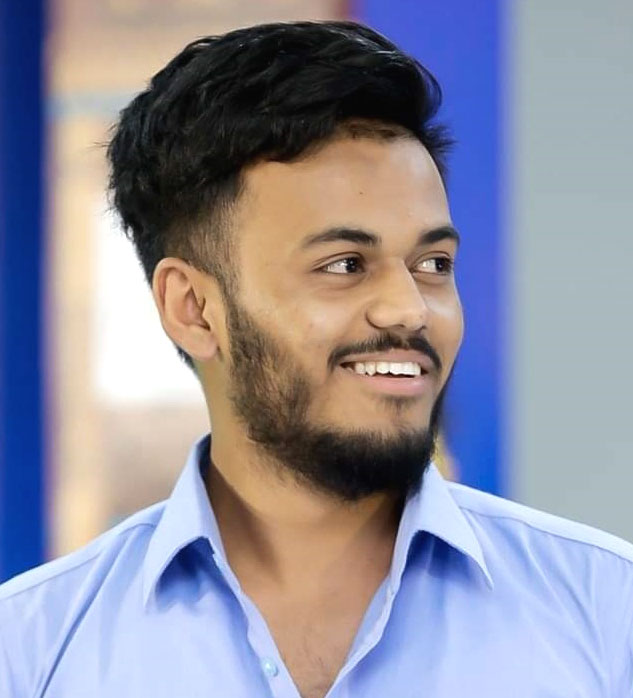 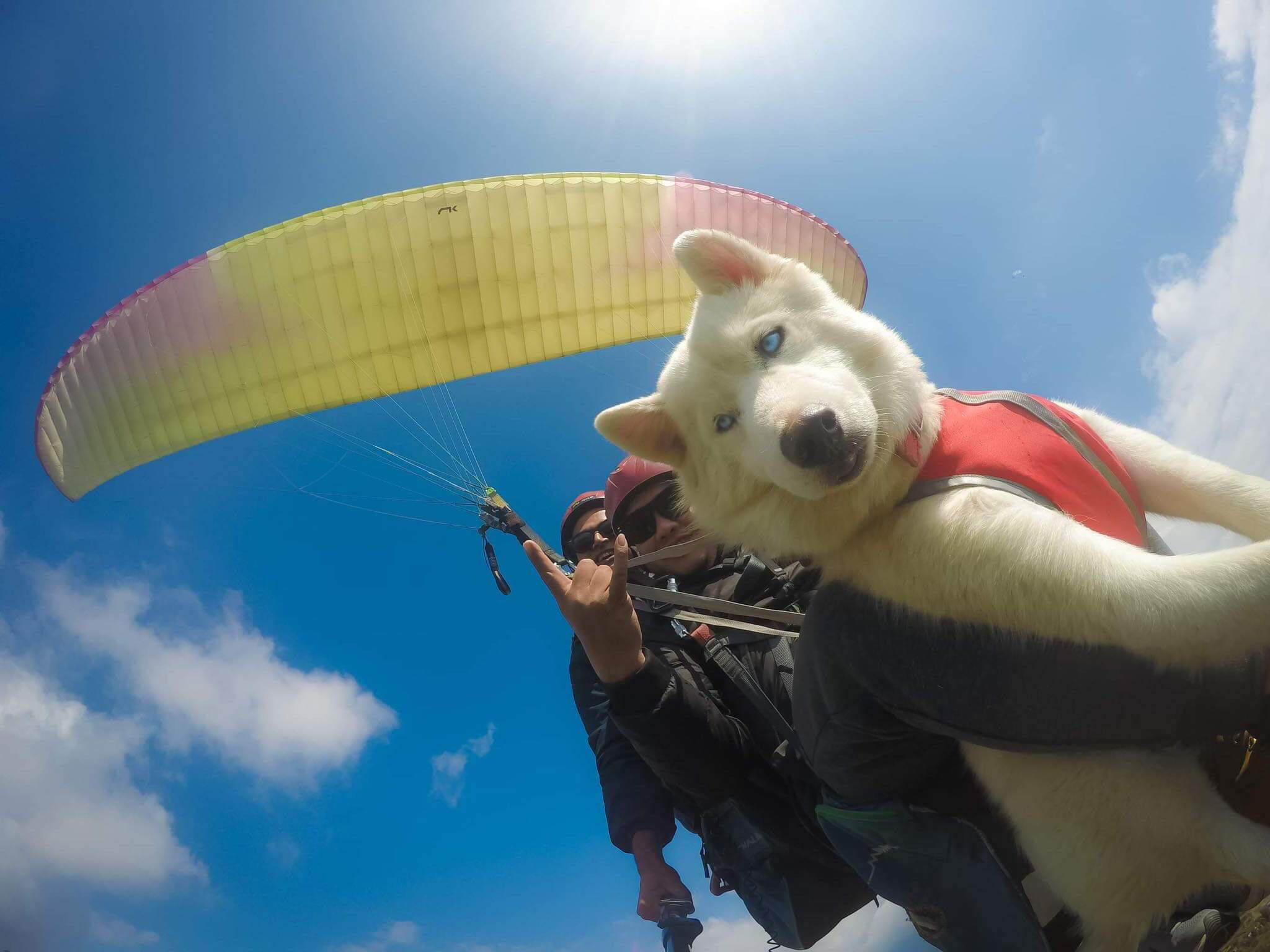 POKHARA: While not everyone may be brave enough to try out adventure sports like paragliding, a dog is winning the internet as he enjoys the thrill with his owner.

Normally, adventure sports are associated with humans. We all know that paragliding is a recreational adventure sport and many people have experienced it or want to try it at least once in a lifetime. However, not everyone dares to do it as it takes courage and determination.

But don’t get surprised to know that a dog has dared to fly in the sky. A dog named ‘Pearl’ of Husky Breed has done a paragliding adventure game in Pokhara for the first time in Nepal.

Recently, a video of Santosh Gurung, a restaurant entrepreneur from Pokhara, paragliding with a dog went viral on social media. Entrepreneur Gurung said that it was his dog ‘Pearl’ who was enjoying the most while paragliding. As the video became popular, people have started visiting Gurung’s restaurant to see Pearl and take pictures with him. 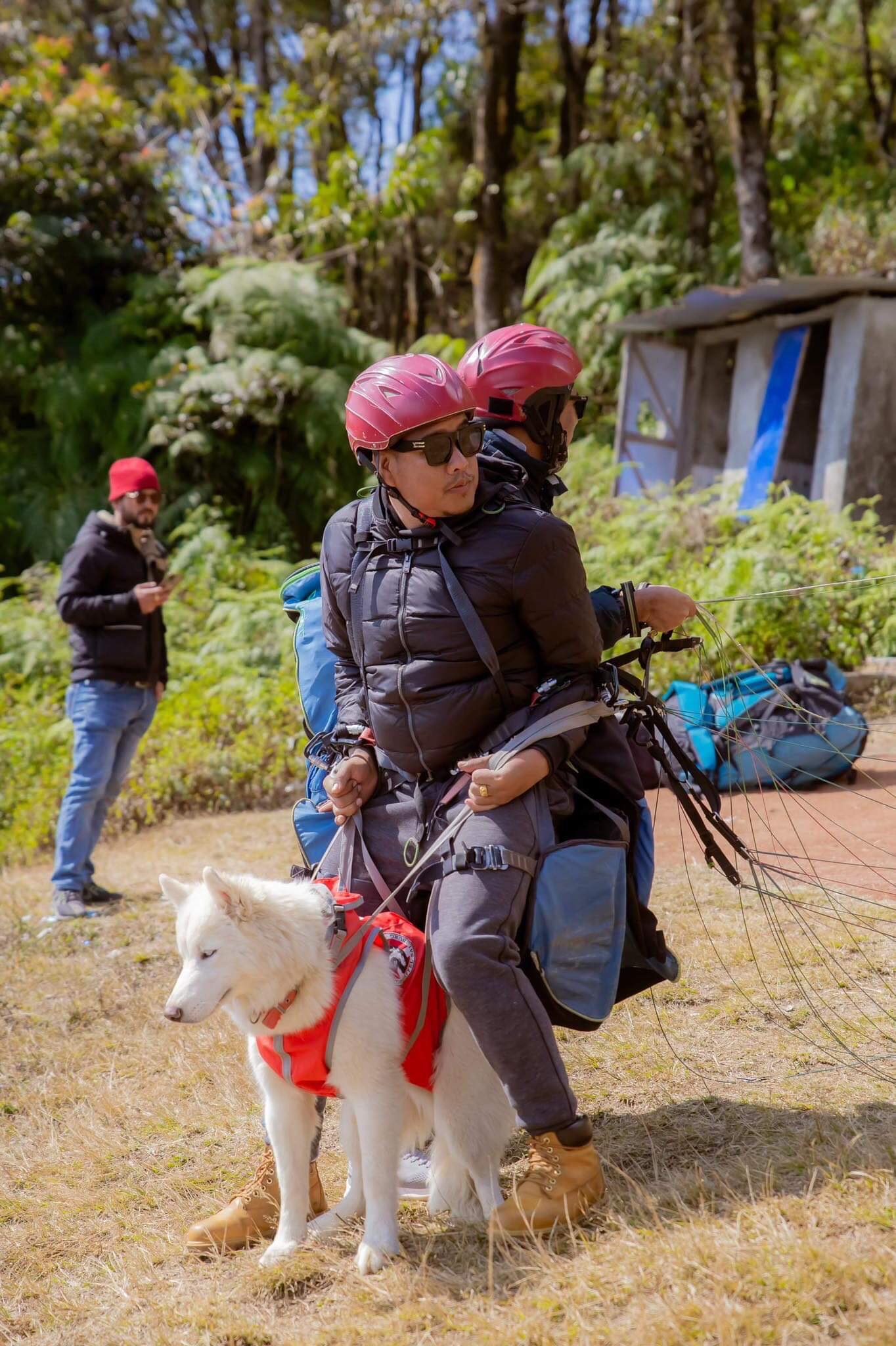 This is the first case of dog paragliding in Nepal. Pearl started paragliding after being trained by instructor Mohan Pun for about three months.

Pearl is now 7 months old. Santosh had bought the dog for Rs 110,000 when it was just a month old. He now owns 12 different breeds of dogs. According to him, the monthly expenditure of all dogs is about Rs 50,000.

About three months ago, a video of a dog paragliding in Col du Galibier, France, became very popular. It was the first dog to paraglide in the world.