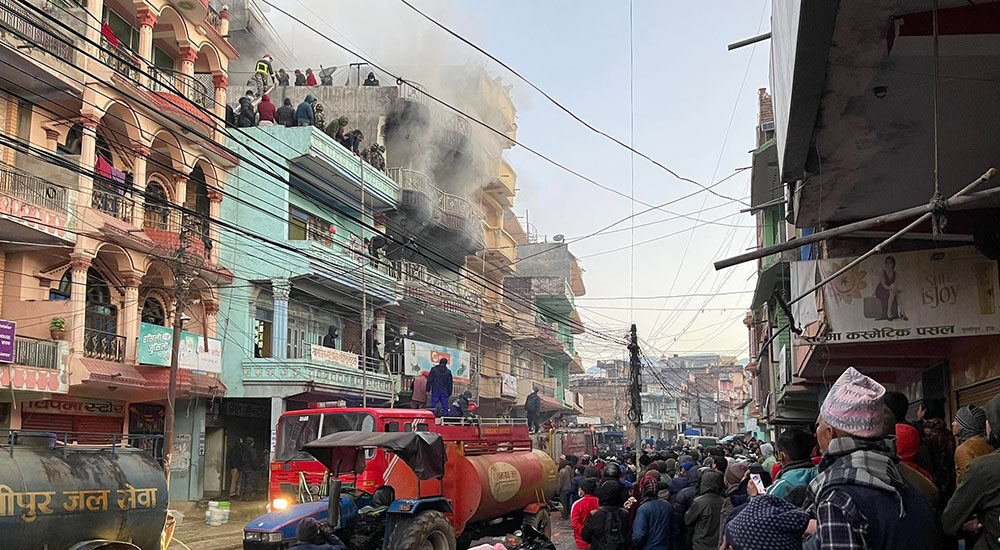 RUPANDEHI: At least five persons died when a fire broke out at a shoe store in Tulsipur of Dang in the wee hours of Friday.

According to DSP Shyamu Aryal of the Area Police Office, Tulsipur, four men and a woman died in the incident.

Their identities are yet to be established.

They could have been saved as had they rescued on time.

The fire broke out at the Iram footwear at around 2 am today,

Police personnel from the Area police Office, Tulsipur, Nepal Army and Armed Police Force personnel with the help of a fire engine from the Ghorahi Sub-Metropolitan City took the fire under control.

The cause behind the fire was electric short circuit, police said,