“MCC compact should be endorsed by February 28” 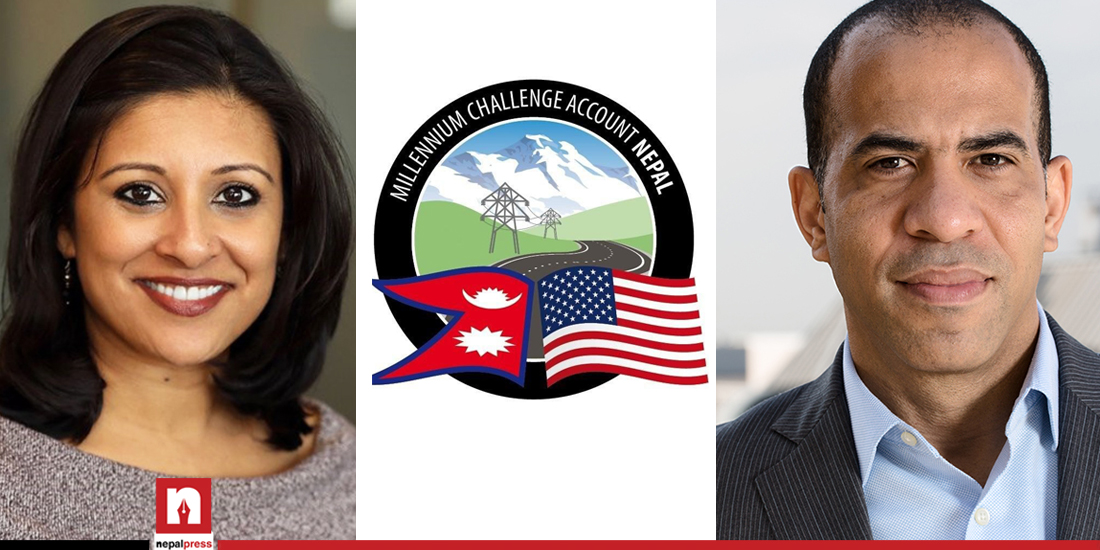 KATHMANDU: The Millennium Challenge Corporation (MCC) headquarters has reiterated its stance that the Nepal compact should be endorsed from the Parliament by February 28.

The MCC said that February 28 will be the last date to endorse the MCC and amendments to the compact are not possible.

At a time when Prime Minister Sher Bahadur Deuba has been intensifying efforts to forge a common ground on the MCC, officials of the Nepal-based MCA office and US embassy held a virtual meeting on Wednesday.

Sumar said that February 28 will be the final date and amendments to the MCC is not possible.

The statement of Sumar has made the situation more complex at a time when CPN (Maoist Centre) Chairman Pushpa Kamal Dahal and CPN (Unified Socialist) Chairman Madhav Nepal have been saying that the MCC cannot be endorsed with amendments.

Earlier this morning, Ambassador Berry through a tweet expressed his dissatisfaction over the rumours circulating in Nepal media and social media about the agreement.