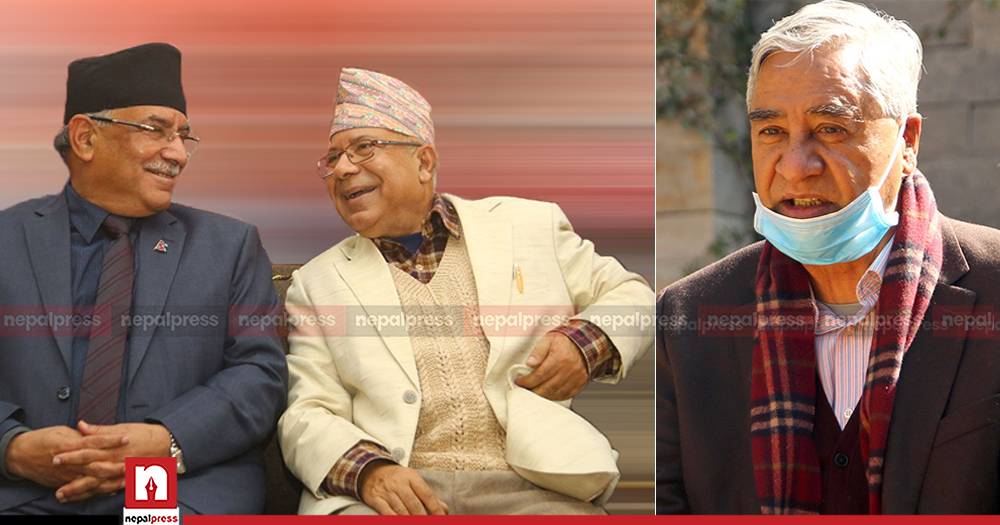 During the meeting, PM Deuba said that the Millennium Challenge Corporation (MCC) should be tabled in the Parliament at the earliest.

Dahal and Nepal, however, said that the MCC should not be endorsed without addressing the issues raised by the general public.

They said that the MCC cannot be endorsed in its existing form and urged the Prime Minister to take more time.

The Prime Minister said that his top most priority for now is to endorse the MCC by February 28.

According to a source at Baluwatar, PM Deuba said that the MCC should be tabled in the Parliament and the parties should float their views on the issue.

Prime Minister Deuba had appealed to the main opposition CPN-UML Chairman KP Sharma Oli and Janata Samajbadi Party Chairman Mahantha Thakur to help for the parliamentary ratification of the MCC.