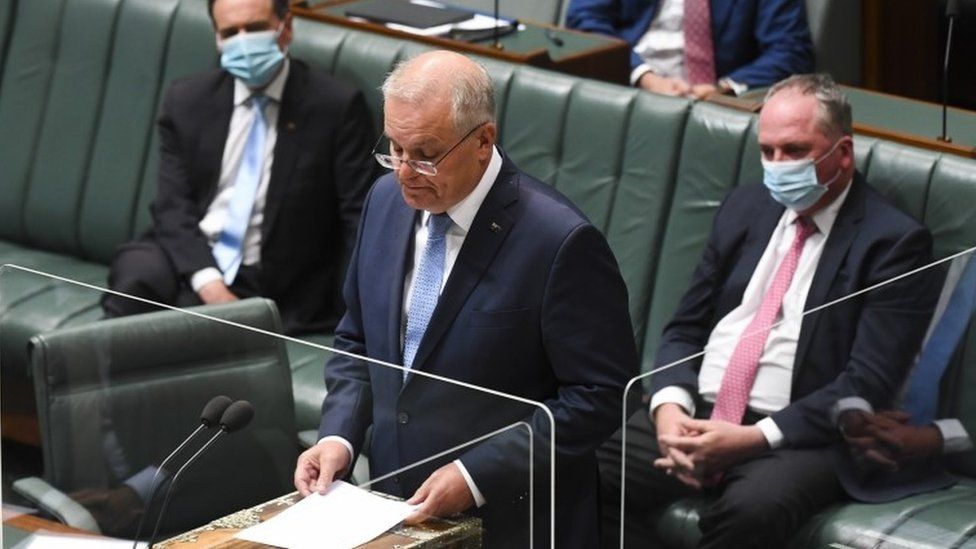 Australian Prime Minister Scott Morrison has apologised to a former staffer who said she was raped in the Parliament House after an inquiry found that half of parliamentary employees had experienced bullying, harassment or sexual assault, Aljazeera reported.

Morrison told Parliament on Tuesday that he was “sorry” for the “nightmare” Brittany Higgins had endured and pledged to do better.

“I am sorry. We are sorry,” the prime minister said. “I’m sorry to Ms Higgins for the terrible things that took place here.”

Higgins watched from the public gallery, sitting between three fellow former staffers who had also gone public with their own allegations, as well as two women’s rights advocates.

The women were only asked to attend the formal acknowledgement after they spoke to news outlets and tweeted about not being invited.

Morrison praised Higgins for having the “courage to speak” and said a “place that should have been a place of safety and contribution” had “turned out to be a nightmare” for the young woman.

“This has to change. It is changing. And I believe it will change,” he said.

The prime minister’s comments followed a statement from a cross-section of Australian political parties that also acknowledged and apologised for “an unacceptable history of workplace bullying, sexual harassment and sexual assault in parliamentary workplaces”.

The toxic workplace culture was exposed in an investigation by Australian Sex Discrimination Commissioner Kate Jenkins, which found that 37 percent of people currently in parliamentary workplaces had experienced bullying and 33 percent had experienced sexual harassment.

The inquiry was triggered when Higgins went public a year ago with her allegation that she had been raped by a more senior colleague in a minister’s Parliament House office weeks before the 2019 election.

Higgins said she felt she had to make a choice between reporting her allegations to police or continuing her career. She quit her government job in January last year and filed a report with the police.

On Tuesday, opposition leader Anthony Albanese also offered an apology to Higgins from his Labor party.

“You have torn through a silence that has acted as the life support system for the most odious of status quos,” he said.

In the public gallery, Higgins became visibly emotional during the speeches.

She is yet to make a comment on the apology.

“How about some proactive, preventative measures and not just these performative, last-minute bandaid electioneering stunts?” tweeted Grace Tame, a sexual abuse survivor who was named the Australian of the Year last year.

Morrison is due to face an election by May.

His Liberal-National Coalition is currently trailing Labor in the polls.