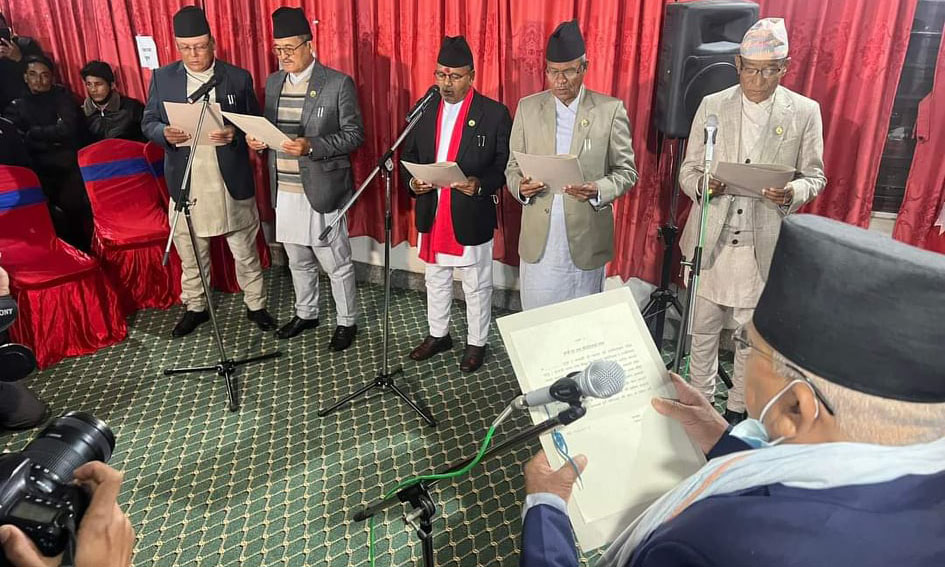 KARNALI: A writ petition has been filed at the Surkhet High Court against the Karnali Province government for not being inclusive while expanding the Cabinet.

Advocate Sher Bahadur Khatri and rights advocate Tika Bista registered a writ at the High Court today arguing that the provincial council of ministers was formed in contravention of the inclusive principle provided by Article 168 (9) of the Constitution of Nepal.

Chief Minister Jeevan Bahadur Shahi on Sunday appointed new ministers and expanded the Council of Ministers in accordance with Article 168 (9) and Article 170 (1) of the Constitution.

The eight-member Karnali Province Council of Ministers does not have the participation of women and the Dalit community. The ruling coalition parties have seven female members in the Province Assembly.

The writ names the Office of the Chief Minister and Council of Ministers as the defendant. Writ petitioners have sought a stay order along with certiorari and mandamus.

Similarly, the writ has demanded that the High Court issue certiorari and mandamus order in the name of the defendant to get the decision forming the Council of Ministers annulled and to reconstitute it with the participation of women and Dalits in it.

The writ has also sought an interim order not to allow the newly-appointed ministers to carry out their duties in the ministry concerned until the final decision on the writ is made. RSS