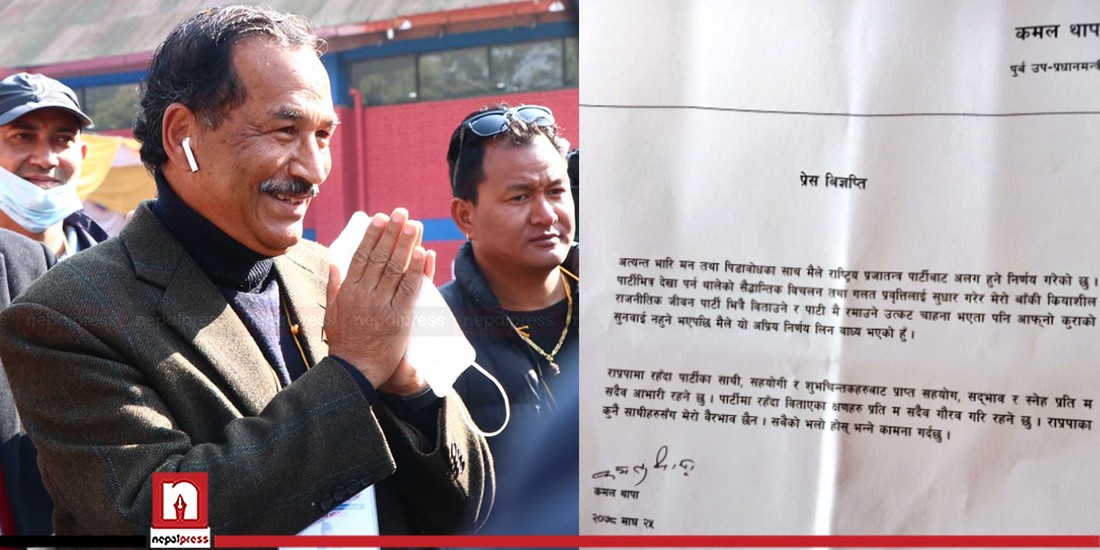 Issuing a statement on Tuesday, Thapa said that he decided to quit the party with a heavy heart after the party leadership did not address his demands.

Leader Thapa said that he will always be grateful for the support he received from his party members and well-wishers.

He also said that he has no feeling of hatred and revenge with anyone in the party.

Earlier on Monday, Thapa hinted at forming a new political party if his demands are not addressed till the announcement of the local level elections.