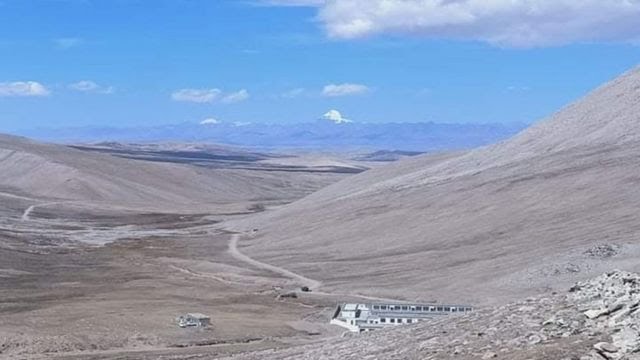 A Nepalese government report leaked to the BBC accuses China of encroaching into Nepal along the two countries’ shared border, BBC reported.

It is the first time there have been official claims from Nepal of Chinese interference in its territory.

The report was commissioned last September following claims that China has been trespassing in the district of Humla, in the far west of Nepal.

China’s embassy in Kathmandu denies there has been any encroachment.

The Nepalese government has not yet responded to queries from the BBC.

It is unclear why the report has not yet been published. But the Nepalese government has over recent years improved ties with China to counterbalance its long-standing relationship with India, its giant neighbour to the south.

The report’s findings are likely to put pressure on these growing links with Beijing.

The border between Nepal and China runs for nearly 1,400km (870 miles) along the Himalayan mountains. It was laid out in a series of treaties signed between the two countries in the early 1960s.

Much of it is in remote, hard-to-reach areas. On the ground, the boundary is demarcated by a chain of pillars, set kilometres apart.

This sometimes makes it hard to know exactly where the border is located.

The Nepalese government decided to send a taskforce to Humla after reports about possible Chinese encroachment. Some claimed China had built a series of buildings on the Nepalese side of the border.

The team consisted of representatives from the police and the government.

In its report, passed to the BBC, the group found that surveillance activities by Chinese security forces had restricted religious activities on the Nepalese side of the border in a place called Lalungjong.

The area has traditionally been a draw for pilgrims because of its proximity to Mount Kailash, just over the border in China, which is a sacred site for both Hindus and Buddhists.

The report also concluded that China had been limiting grazing by Nepalese farmers.

In the same area, it found China was building a fence around a border pillar, and attempting to construct a canal and a road on the Nepalese side of the border.

But the taskforce did find that Chinese buildings originally thought to have been constructed inside Nepal had, in fact, been built on the Chinese side of the border.

The investigators found local Nepalese people were often reluctant to talk about border issues because some of them depended on continued access to Chinese markets across the border.

The report recommended Nepalese security forces be stationed in the area to guarantee security.

It also suggested Nepal and China should reactivate a dormant mechanism set up to resolve these kinds of border issues.

Budhhi Narayan Shrestha, a prominent cartographer and former head of Nepal’s survey department, said people living near the border should be clearly told exactly where it is so they can better protect Nepalese territory.

As China denies any encroachment, it is not clear what its motives might be for asserting control over its border with Nepal, but security could be one reason.

Historically, there was some unofficial cross-border traffic, including pilgrims and traders, but China has gradually restricted this movement.

Vijay Kant Karna, a former Nepalese diplomat who now works at a think-tank in Kathmandu, said Beijing could be worried about India, its regional rival with whom it has its own border issues.

“It looks like they are concerned about infiltration from outside forces, so they want to disconnect relations across the border,” he said.

China might also be worried about movement in the opposite direction.

The region on the Chinese side of the border is Tibet, from where many people have fled to escape what they see as Beijing’s repression.

About 20,000 Tibetan refugees live in Nepal; others have passed through on their way to India and elsewhere.

Over recent years, China has tried to cut off this escape route.

There have been reports of Chinese encroachment into Nepal over the last two years, leading to occasional protests in the Nepalese capital, Kathmandu. The latest demonstration was just last month.

In response, the Chinese embassy in Nepal issued a statement in January saying: “There is no dispute at all. It is hoped that the Nepali people [will] not be misled with false individual reports.”

The embassy has not, however, responded to the BBC about the specific allegations laid out in the unpublished report.

It is thought the Nepalese government has taken up the border issue with Beijing – but it is not saying what China has said in reply.