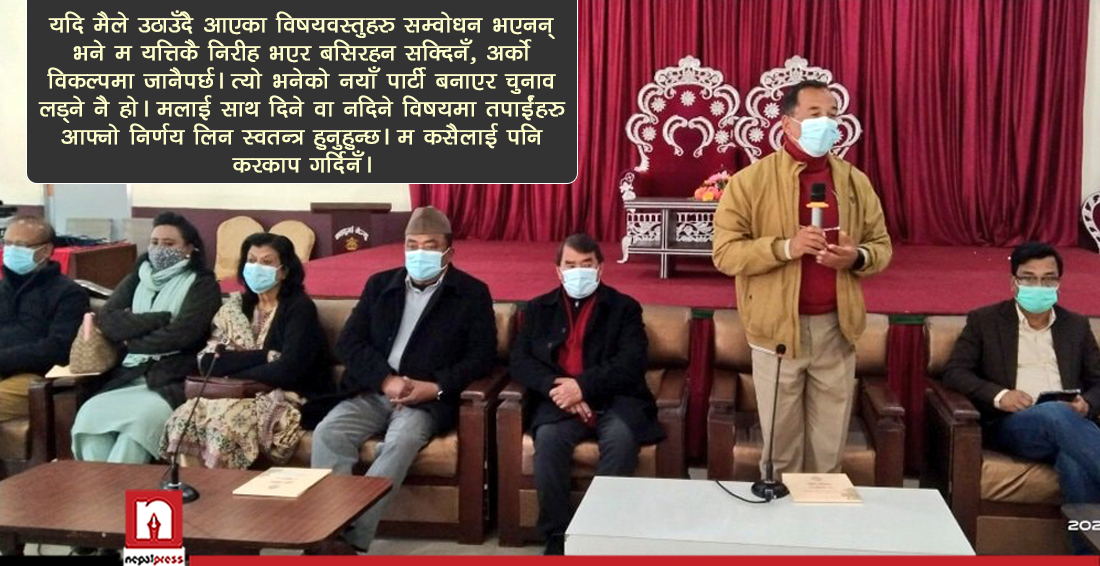 KATHMANDU: Rastriya Prajatrantra Party (RPP) former Chairman Kamal Thapa has warned of forming a new political party if his demands are not addressed till the announcement of the local level elections.

“I will look for alternatives if the issues raised by him are not addressed,” he said.

Leader Thapa said that he is not in favour of splitting the party.

The former Chairman said he is doing homework to form a new political party.

Thapa further said that he would halt all the preparations if the party addressed his demands.

He urged the party leaders to mount pressure on party Chairman Rajendra Lingden to address his demands.