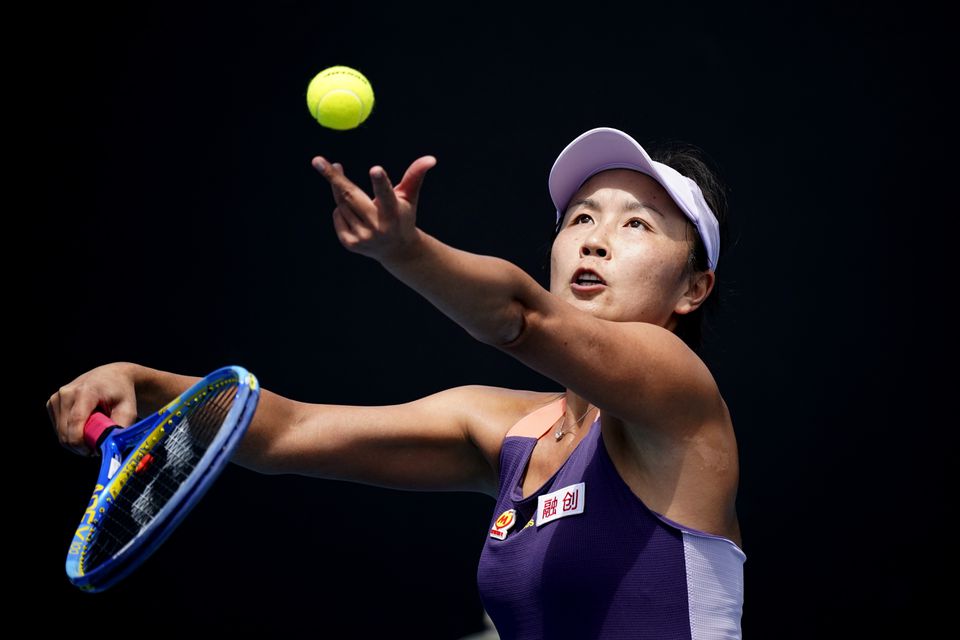 Chinese tennis player Peng Shuai has denied she ever accused anyone of sexual assault, adding that she herself had deleted her social media post in November that had appeared to make such a claim, Reuters reported.

The well-being of Peng, a three-time Olympian, became a matter of global concern when she appeared to allege on social media that a former Chinese vice premier, Zhang Gaoli, had sexually assaulted her in the past.

In an interview with French newspaper L’Equipe at a hotel in Beijing, Peng denied she had made such allegations.

“In the text we could see in Europe, you accused someone of sexual assault. What did you really write? We don’t understand,” asked the paper.

“Sexual assault? I never said anyone had sexually assaulted me in any way,” said Peng, without elaborating.

In her now-deleted post on China’s Twitter-like Weibo, Peng had written “why did you take me to your house and force me into having relations with you?”, though she also described the relationship with Zhang as an on-off one that was also consensual.

The post led the Women’s Tennis Association to suspend tournaments in China and caused an international outcry about her safety.

Discussion of the scandal has been heavily censored in China’s tightly controlled cyberspace and searches for Peng’s name on Weibo continue to show no recent search results.

Asked about the interview by Reuters on Monday, International Olympic Committee President Thomas Bach said it was up to Peng to communicate her situation.

Peng told the French paper her social media post had caused a “huge misunderstanding”, repeating comments reported by a Singapore media outlet in December, and that she did not want “any further media hype” about it.

“And sports must not be politicised because when that happens, most of the time it means turning one’s back on the Olympic spirit and it goes against the will of the sporting world and the athletes.”

The interview was conducted in Chinese and translated into English by a Chinese Olympic official during the interview, as well as an interpreter based in Paris, said the paper.

Questions were submitted in advance, and the paper agreed to publish Peng’s responses without commentary, it said.

Peng, pictured wearing a red tracksuit top with the characters for China on it, also sought to allay fears over her safety, saying her life since November had been “nothing special”. She denied she had “disappeared” after the furore when she was not seen in public for weeks.

She also said she had not been aware of the worries expressed by the international community, such as the use of social media hashtag #WhereIsPengShuai by some of the world’s top tennis players, including Serena Williams and Naomi Osaka, as she did not watch much foreign media news and could not read in English.

The WTA, which said in December that Peng’s appearances did not address its concerns about her wellbeing, did not immediately respond to a request for comments on her latest remarks.

In a statement on Monday, the IOC said Peng would attend several Olympics events. She also plans to travel to Europe after the pandemic and visit the IOC headquarters in Switzerland, it added.

Peng also said a previous knee injury that had required several rounds of surgery and her age made it unlikely she would compete professionally again.