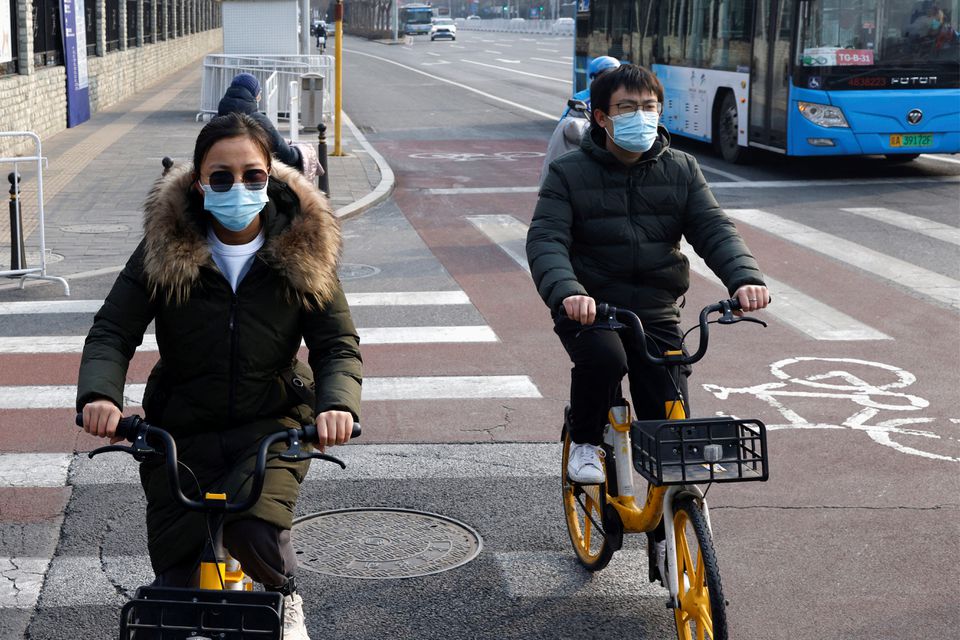 Authorities in China’s southwestern city of Baise ordered residents to stay at home from Monday and avoid unnecessary travel as they enforced curbs that are among the toughest in the nation’s tool-box to fight rising local infections of COVID-19, Reuters reported.

The outbreak in Baise, which has a population of about 3.6 million and borders Vietnam, is tiny by global standards, but the curbs, including a ban on non-essential trips in and out, follow a national guideline to quickly contain any flare-ups.

The effort takes on extra urgency during the staging of the Winter Olympics, which began on Friday and run until Feb. 20, as well as a busy travel season for the Lunar New Year holiday.

Dozens of athletes for the Games, hosted by the capital Beijing and the northern province of Hebei, have tested positive and moved into isolation, but events have not been seriously affected.

Baise, in the region of Guangxi, reported 99 domestically transmitted cases with confirmed symptoms between Saturday and noon on Monday, Pang Jun, deputy director of the regional health commission, told a news briefing.

Two individuals have been infected with the Omicron variant, added Pang, without saying what variant had infected the others.

At least ten provinces, regions and municipalities in mainland China have found locally-transmitted Omicron infections, but the total figure is unclear.

Residents should stay indoors except for trips to buy essentials or test for COVID-19, and should opt for delivery rather than in-store purchases whenever possible, state television said, citing a statement from the city government.

It has also suspended non-essential businesses, public transport and school sessions and delayed opening of ports of entry along the international border. Essential workers will need special passes for movement within Baise.

A tourist guide in the Guangxi region said he was worried about his income and the future of tourism there after company officials advised him not to take new travel groups during the latest flare-up.

“My income is basically zero at this moment,” the guide, surnamed Luo, told Reuters, adding that he had already been affected in previous outbreaks in Guangxi and elsewhere.

In Baise, a hotel front desk agent who gave only his surname, Li, said, “Because of the outbreak, our hotel’s projected occupancy rate (this year) may not be as high as expected.”

Another Baise resident said the restaurant chain where she worked had suspended operation at two of its three outlets, and the third only offered delivery service.

“Staffers basically need to do a nucleic acid test every day,” said the worker, surnamed Zhao, but added there had only been slight impact on their lives so far.

Including Baise, China reported 45 locally transmitted cases with symptoms for Feb. 6, up from 13 a day earlier, data from the National Health Commission shows.

The southern province of Guangdong and the municipalities of Beijing and Tianjin also reported sporadic local symptomatic cases for Sunday.