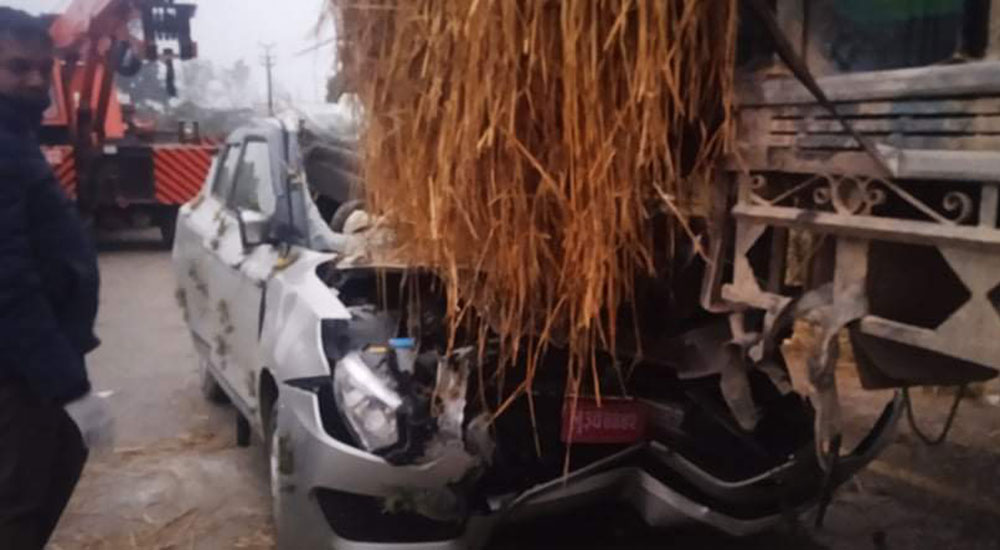 RUPANDEHI: Three persons died and two others sustained injuries when a car hit a parked truck in Butwal on Monday.

The deceased have been identified as Sabin Chaudhary (27), Govinda Chaudhary (28) and Nabin Shrestha of Butwal-13.

Bhagirath Chaudhary of Butwal-13 and Anish GC of Butwal-12 were critically injured in the incident.

Mohan Bikram Khand, spokesperson at the Lumbini Provice Police Office said that the car (Lu 3 Cha 4442) hit the parked truck (Ko 2 Kha 9772) in front of the Korean Technical College in Tamnagar, Butwal Sub-Metropolitan City-12 at around 5 am today.

Police said that the truck driver fled the scene after the incident and they are searching for him.

Police said that the injured are undergoing treatment at the Lumbini Proviincial Hospital in Butwal.