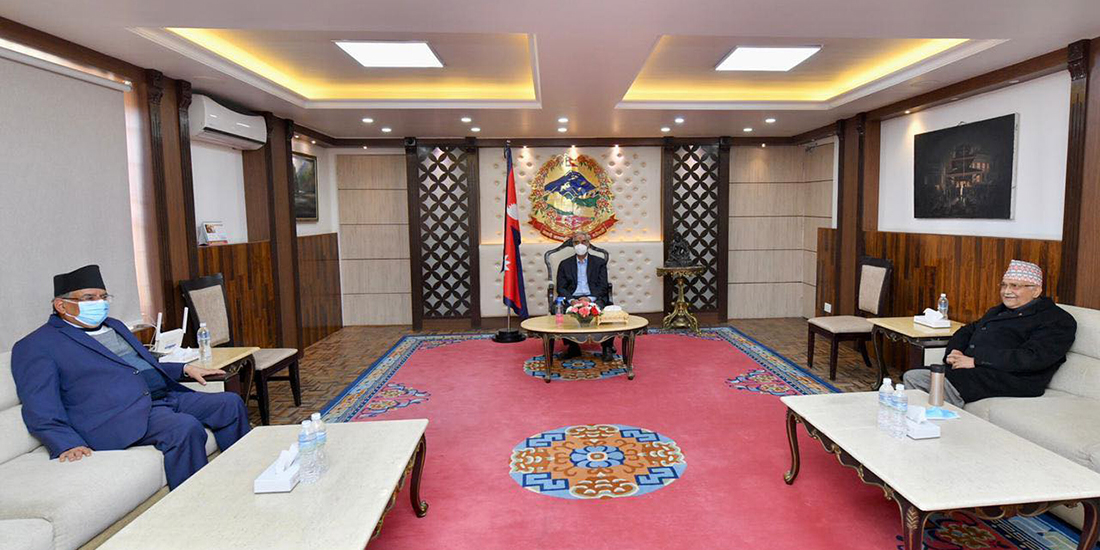 He sought the help during a meeting with CPN (Maoist Centre) Chairman Pushpa Kamal Dahal and UML Chairman KP Sharma Oli held in Baluwatar on Sunday.

In response, Oli told the Prime Minister that the ruling coalition should first make its position clear on the MCC.

“Prime Minister Deuba was for taking the MCC ahead,” UML General Secretary Shankar Pokharel told the journalists after the meeting, adding, “Dahal said that the UML should lift the House obstructions and proposed to hold the discussions on the MCC after the elections.”

During the meeting Oli said that his party would clear its position on the MCC after the government make public its views.

Chairman Oli reiterated that they will lift the obstructions after Speaker Agni Sapkota correct his move.

Oli also said that local level elections should be held on time and the Prime Minister is positive towards the same, Pokharel said.