PM Deuba, Dahal agreed to get MCC compact endorsed from Parliament 4 months ago 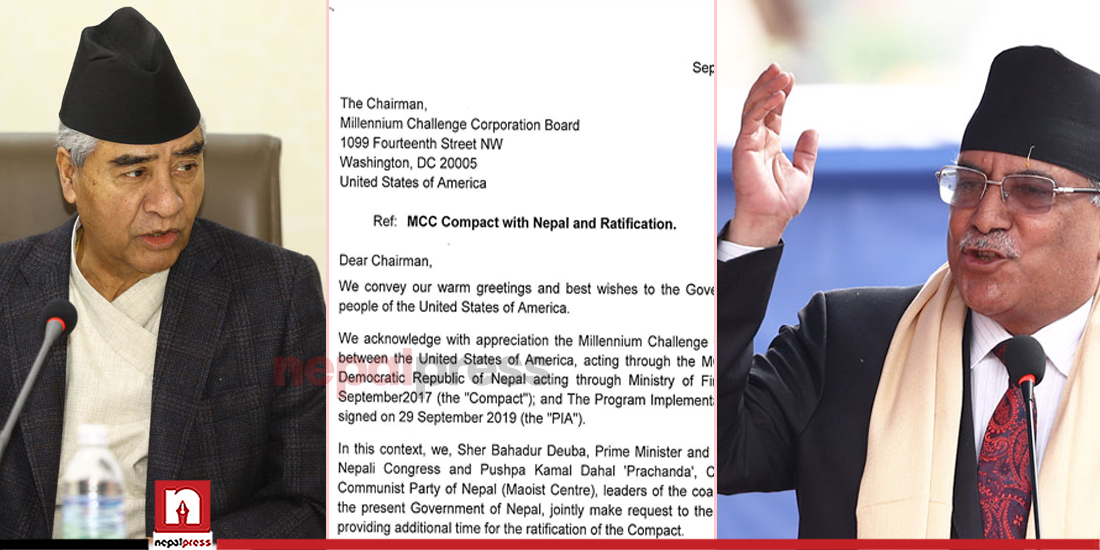 KATHMANDU: It has been revealed that Prime Minister Sher Bahadur Deuba and CPN (Maoist Centre) Chairman Pushpa Kamal Dahal had agreed to get the Millennium Challenge Corporation (MCC) compact endorsed from the Parliament four months ago.

As per the agreement, PM Deuba Dahal had sent a letter of commitment with joint signature to the MCC.

After the letter was made public, the government is under grave pressure to endorse the MCC by February 28.

Recently, the MCC has written a letter to the government reminding it of the written commitment made by Deuba and Dahal.

What is in the letter of Deuba and Dahal?

PM Deuba said that he and Dahal had sent the letter about the MCC while he was coming to Nepal after attending the COP26 Climate Conference in Glasgow, Scotland in October.

He, however, had not made the letter public. In the letter made public recently through the MCA Nepal, he had asked for four to five months to secure the required majority in the House of Representatives for the ratification of the compact.

Along with the commitment to pass the MCC, Deuba and Dahal also submitted a six-point strategy.

The points mentioned in the commitment letter are as follows: 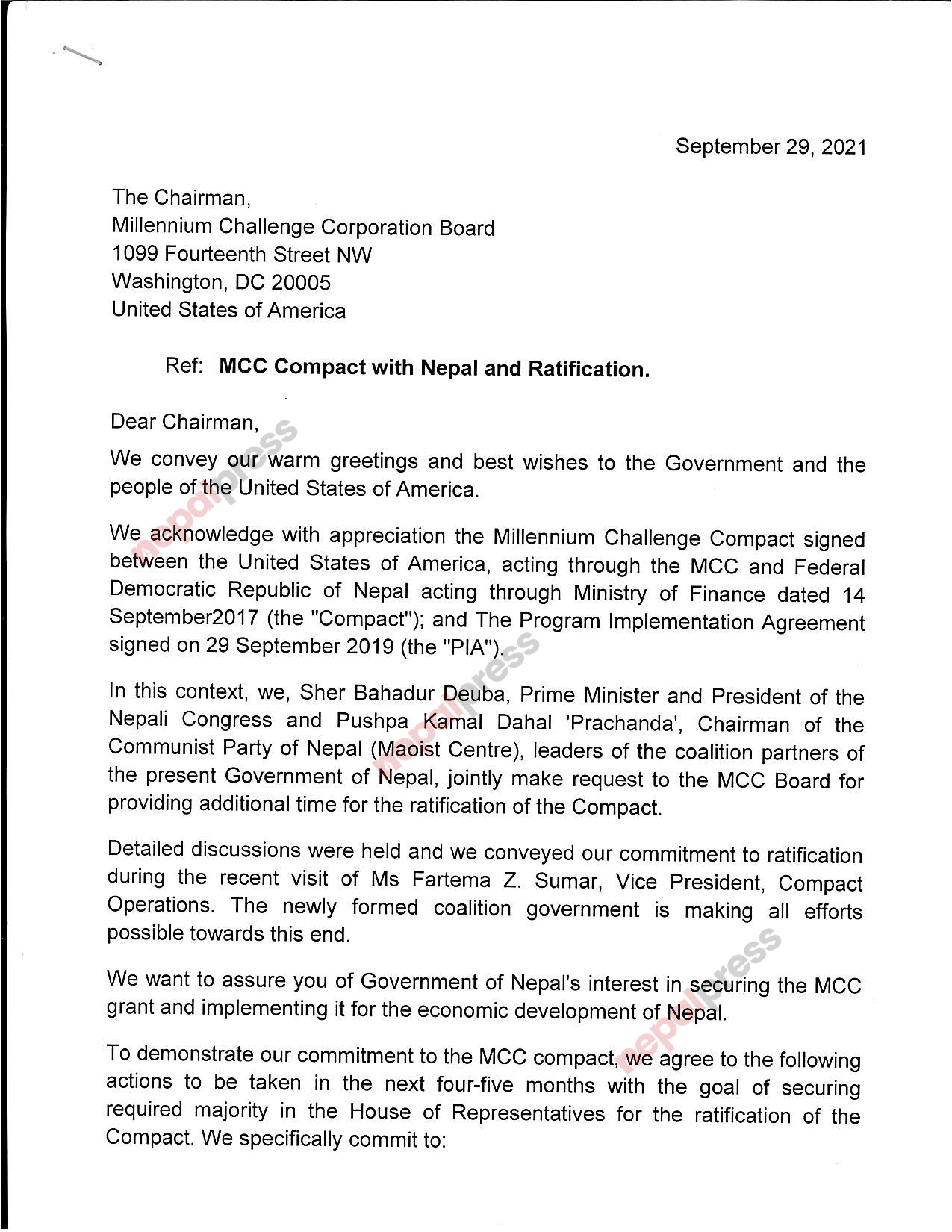