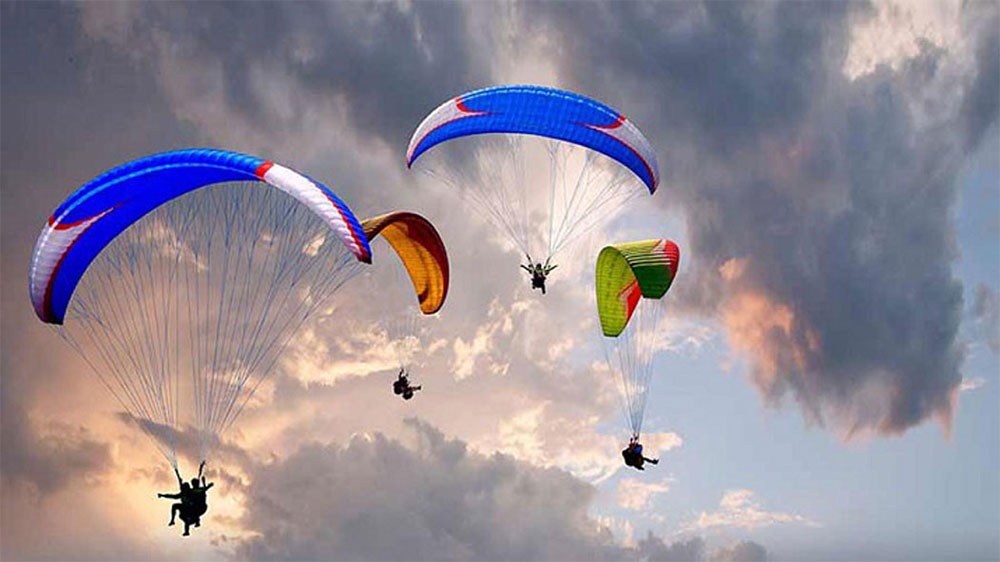 SURKHET: Paragliding is being launched in the Surkhet Valley today.

The venue for the adventure sport is Bayalkanda and Deutithan of Birendranagar Municipality-14 and 1 respectively. It aims to promote adventure tourism in Karnali Province, said the sport operator Padam Bahadur Shahi.

Earlier in 2070BS, attempts to operate paragliding on a regular basis failed due to various reasons. “Earlier, we tried to operate paragliding in Surkhet. But lack of human resources thwarted our attempt. Surkhet is suitable for the sport in terms of geography and weather. Arrangements have been made for emergency landing too,” he said.

Welcome Paragliding Pvt. has received permission from the Civil Aviation Authority of Nepal to operate the sport for one year. It has partnered with the Babu Adventure in Pokhara for the sport and has hired 12 pilots.

The flight fee is fixed at 3,500 per person. Pilot Sanu Babu Sunuwar, the world record breaker in paragliding, has been hired for the sport, said Shahi.

To attract customers, discounted fees are on the table too. A group of five people can enjoy a flight for Rs 3,200 in a package. Likewise, a group of 10 people has to pay Rs 2,800 and a group of more than 10 people Rs 2,500. One has to pay additional Rs 1,000 for taking photos and videos while flying. The time for a flight is 20 minutes at one go. RSS