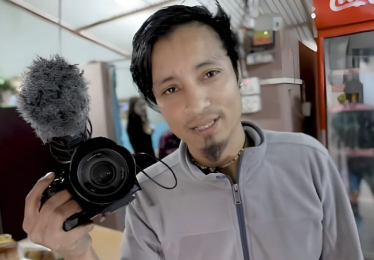 SINDHULI: Vlogger Chetan Karki has been arrested with 4.13 gram brown sugar and 7 gram marijuana from Sindhuli.

SP Govinda Thapaliya said that Karki (37) of Samakhusi, Kathmandu-26 was apprehended with the brown sugar and marijuana at the check point in Khurkot, Sindhuli.

Acting on a tip-off, he was arrested while heading towards Kathmandu from Sunsari in his mini-truck (Bagmati Province 01-003 Ka 9182), SP Thapaliya said.

The District Police Office, Sindhuli said that Karki has been remanded in police custody for seven days for investigation