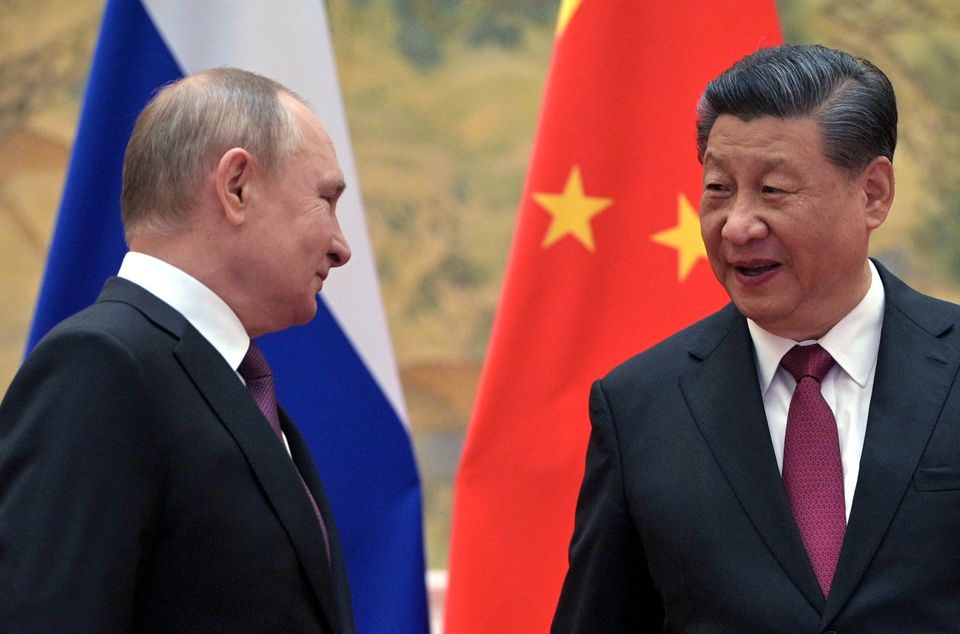 Russia and China called in a joint statement on Friday for NATO to halt its expansion while Moscow said it fully supported Beijing’s stance on Taiwan and opposed Taiwanese independence in any form, Reuters reported.

The joint statement, including harsh criticism of the United States, was issued during Russian President Vladimir Putin’s visit to China for the Winter Olympics.

The Kremlin said Putin and Chinese President Xi Jinping held warm and substantive talks in Beijing and described the relationship as an advanced partnership with a special character.

Putin also unveiled a major new gas deal with China, a further sign of the deepening of the relationship between the two neighbours at a time of high tension in their relations with the West.

“The Russian side reaffirms its support for the One-China principle, confirms that Taiwan is an inalienable part of China, and opposes any forms of independence of Taiwan,” the joint statement said.

The two countries expressed concern about “the advancement of U.S. plans to develop global missile defence and deploy its elements in various regions of the world, combined with capacity building of high-precision non-nuclear weapons for disarming strikes and other strategic objectives.”

They said they opposed further enlargement of U.S.-led NATO and called on the alliance to abandon its “ideologized Cold War approaches”.

A halt to NATO’s eastwards addition of new member states is a key demand of the Kremlin in its standoff with the West over Ukraine. The United States has rejected some of Moscow’s key proposals but said it is willing to discuss other topics such as arms control.

The Kremlin said the presidents also discussed the need to broaden trade in national currencies because of unpredictability surrounding the use of the dollar.

U.S. President Joe Biden has said Russian companies could be cut off from the ability to trade in dollars as part of sanctions if Russia invades Ukraine.