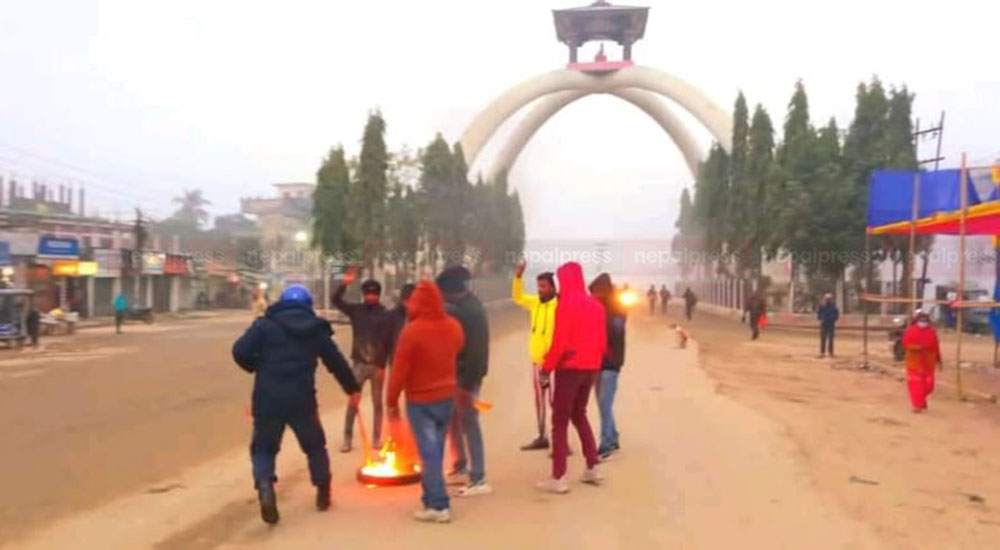 Issuing a statement on Friday, General Secretary of the Janamat Party Chandan Kumar Singh said that they decided to postpone the protests due to inclement weather.

Instead of highway centric protests, the party has decided to stage protests in rural municipalities and municipalities, the statement read.

General Secretary Singh said that the next meeting of the party will make public the new protest programmes. 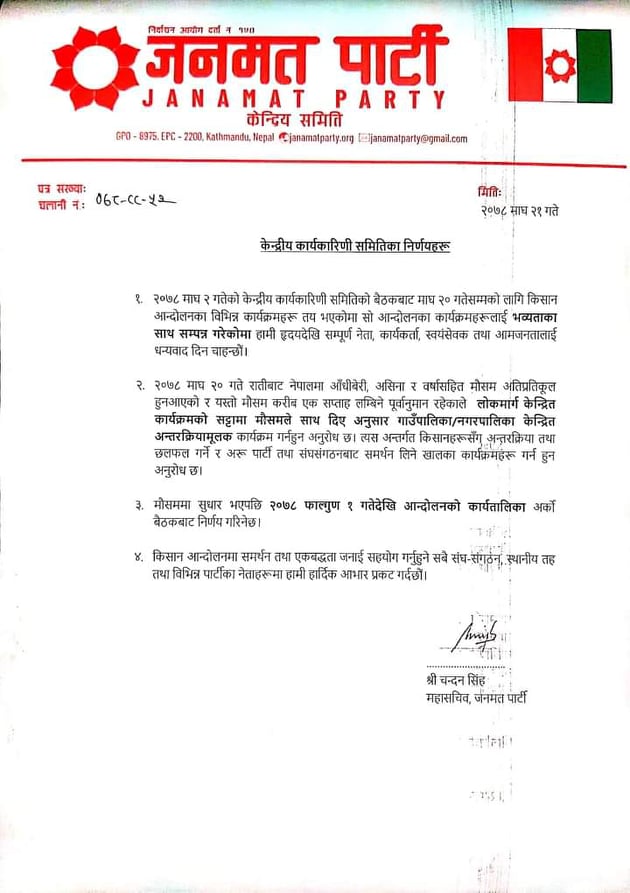