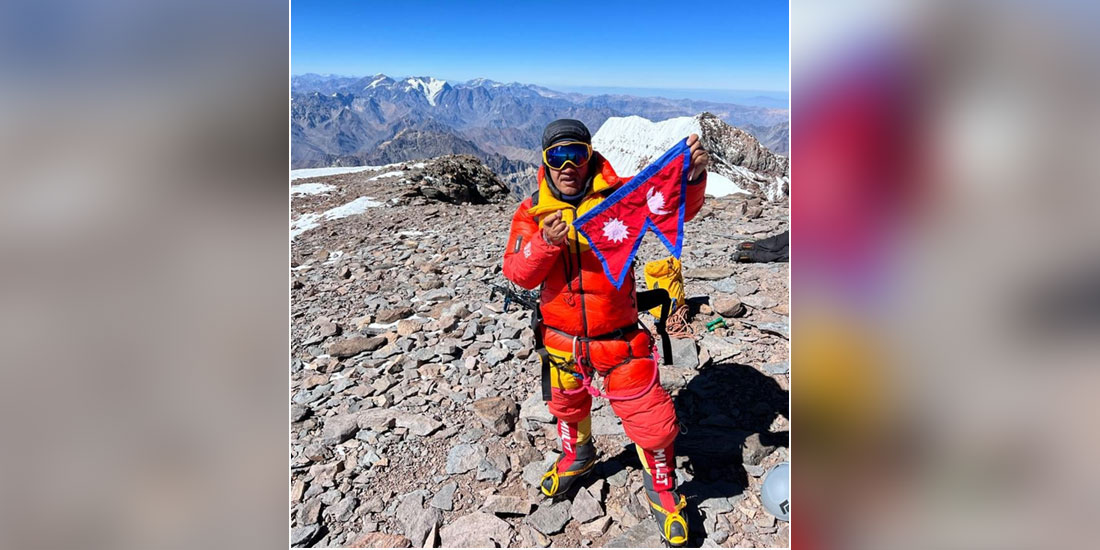 Sherpa set afoot on the top of the mountain at 11: 30 am on January 24 and hoisted the national flag of Nepal.

Mt Aconcagua is one of the highest mountains in the world which is about 6,962 metres high.

So far, Sherpa has successfully climbed six out of the seven highest peaks in the world. He said that his next goal is to climb the Mt Everest.

Yeti Airlines has also congratulated Sherpa, who is also the founder and chairman of Thamserku Trekking, for the successful ascent.