One held with over one kg gold hidden in rectum 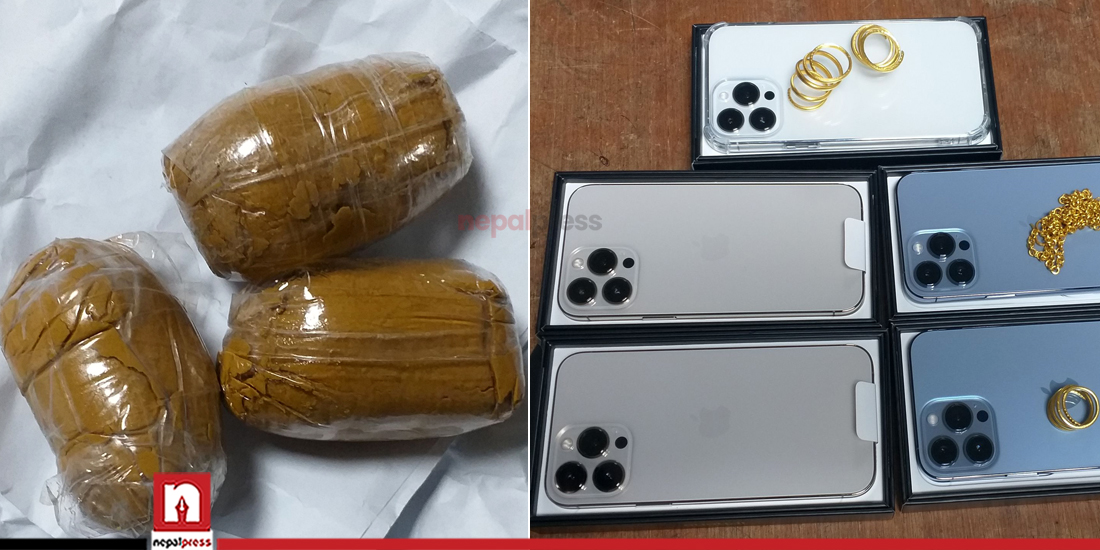 KATHMANDU: Police at the Tribhuvan International Airport (TIA) apprehended a man in possession of over one kg gold concealed in his rectum.

He had arrived in Nepal on an Air Arabia flight on Wednesday.

Police followed Sherpa after they spotted him behaving suspiciously and walking in a peculiar way.

Meanwhile, police have arrested two persons, who landed in Kathmandu from UAE, in possession of five sets of iPhone.

Similarly, Sunil Kumar Sah (32) of Rautahat was arrested with four sets of iPhone and a gold ring weighing 50 grams and a gold chain from the airport.