MCC should not be stopped from being endorsed under any pretext: NC 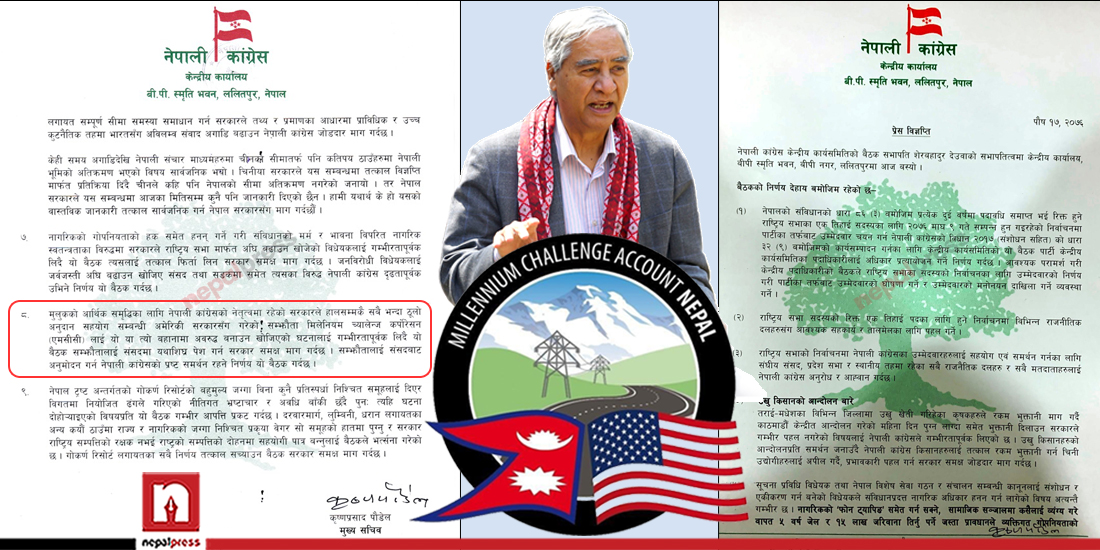 KATHMANDU: Prime Minister and Nepali Congress President Sher Bahadur Deuba for the past few days has been taking initiatives to endorse the Millennium Challenge Corporation (MCC) from the Parliament.

Deuba, who has been trying to forge a common ground within the five-party alliance, is in a mood to take the political course ahead only by endorsing the MCC from the Parliament.

The coalition, however, has not been able to take a decisive decision as the CPN (Maoist Centre) and CPN (Unified Socialist) are against the parliamentary ratification of the MCC.

Prime Minister Deuba, CPN (Maoist Centre) Chairman Pushpa Kamal Dahal and CPN (Unified Socialist) Chairman Madhav Kumar Nepal have already reached an agreement to pass the MCC. Dahal and Nepal, however, have asked for some days to forge consensus within the party.

CPN (Maoist Centre) and CPN (Unified Socialist) have already submitted the list of provisions to the Prime Minister that should be amended in the MCC.

The government has been preparing to table the MCC in the meeting of the House of Representatives scheduled for February 9.

The Nepali Congress has been saying that the MCC should be endorsed from the Parliament.

Nepal and the USA signed the MCC agreement in September,2017 when Deuba was the Prime Minister. CPN (Maoist Centre) was the key member of the government then.

Nepali Congress President Deuba and senior leader Ram Chandra Paudel have been trying to forge consensus on the MCC.

Nepali Congress, however. has not been able to hold discussions on the latest developments of the MCC.

Earlier on January 2, 2020, Nepali Congress had said that the MCC should be endorsed at the earliest.

A Central Committee meeting of the party held on that day had decided to support the party from tabling the MCC in the parliament and endorsing it.

“The MCC should not be stopped from being endorsed under any pretext. The Nepali Congress demanded that the government table the MCC compact at the Parliament as soon as possible,” read a statement issued after the party meeting.

Nepali Congress President and PM Deuba has been saying in public programmes that MCC is not against the nation.

Earlier in August, during a meeting of the party’s Parliamentary Party meeting, he had directed the lawmakers to not speak about the MCC if they have no idea.

Saying that the MCC is not against the country, PM Deuba at the inauguration of the CPN (Maoist Centre) general convention held on December 26 suggested the Maoist leaders hold the debate only after studying the agreement.

Meanwhile, the party has decided to hold a discussion on the MCC at the meeting of the Central Executive Committee.

“The party has already made a decision on the MCC. But, the latest developments should be discussed. We will discuss the MCC at the Central Executive Committee soon,” an office bearer said. 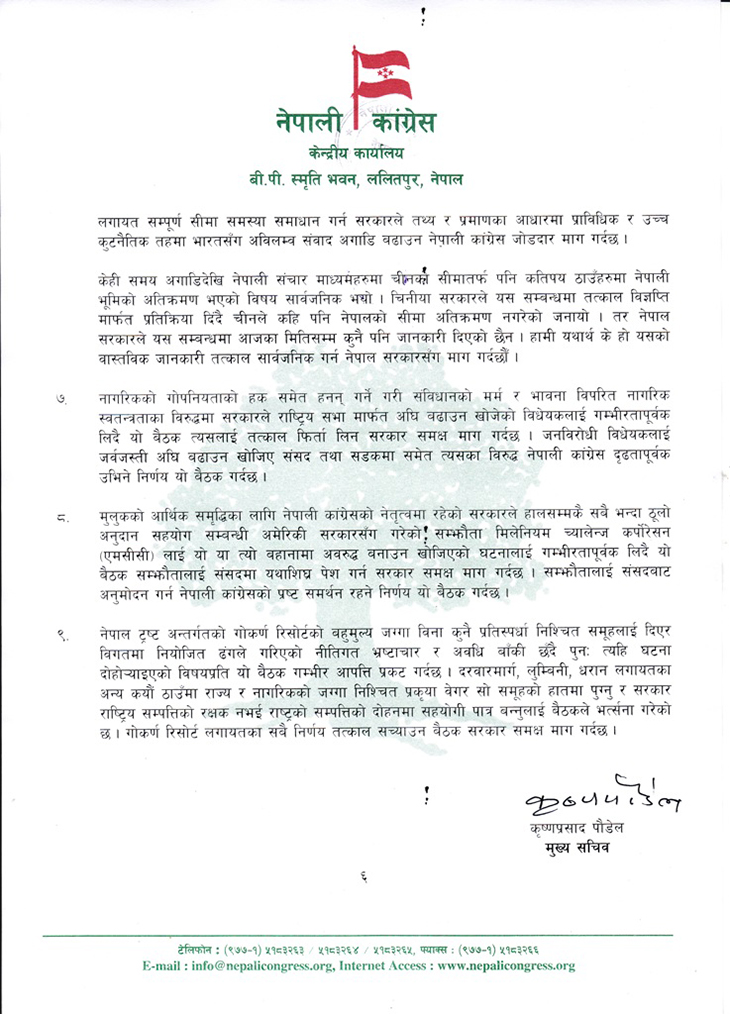 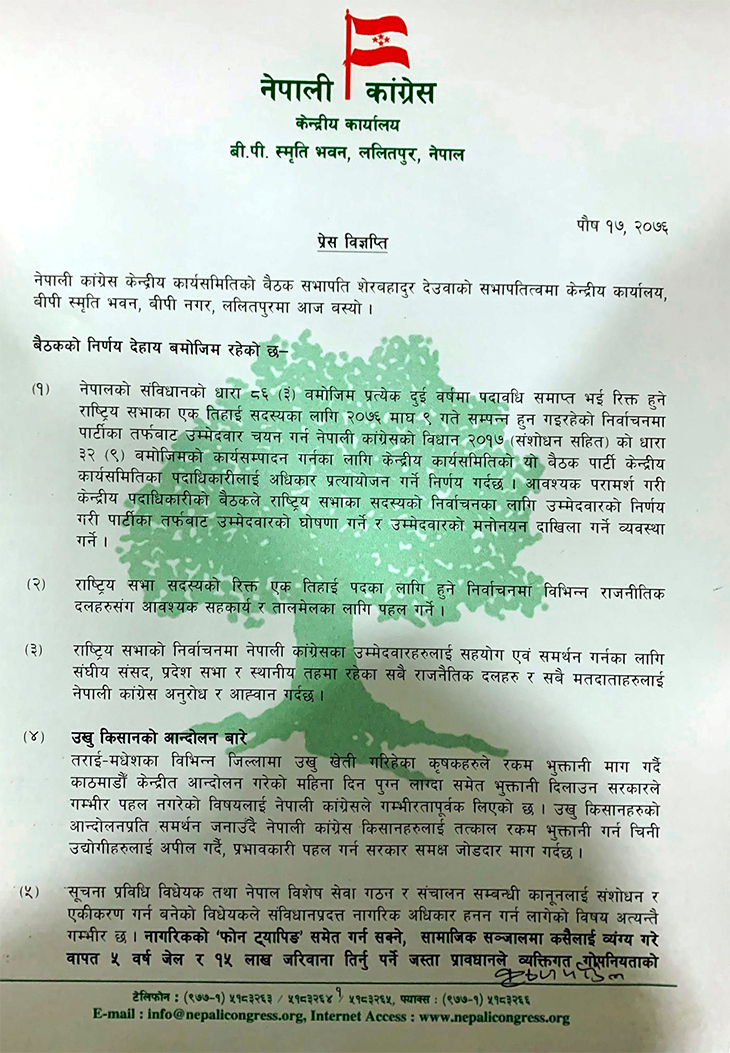