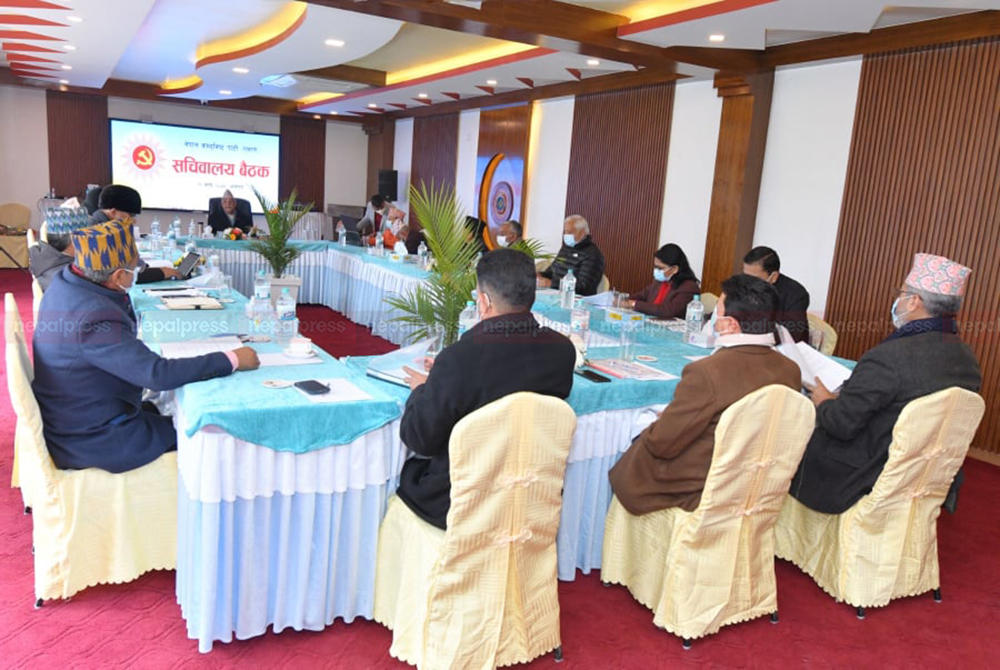 KATHMANDU: The main opposition CPN-UML has directed the concerned province committees to take action against those involved in betraying the party in the recently held National Assembly elections.

A secretariat meeting of the party held on Wednesday directed the Province and 1 and Sudurpaschim Province Committees to take action against those involved in betraying the party in the National Assembly elections, Publicity Department Chief of the party Prithvi Subba Gurung said.

Similarly, the meeting has decided to give continuity to the general assembly of the people’s organisation.

Gurung said that the party has also decided to give responsibility to the Organisation Department to resolve the party dispute in Rautahat.

The meeting has also decided to hold training programmes in centre and all the seven provinces to pile pressure for the local level elections.