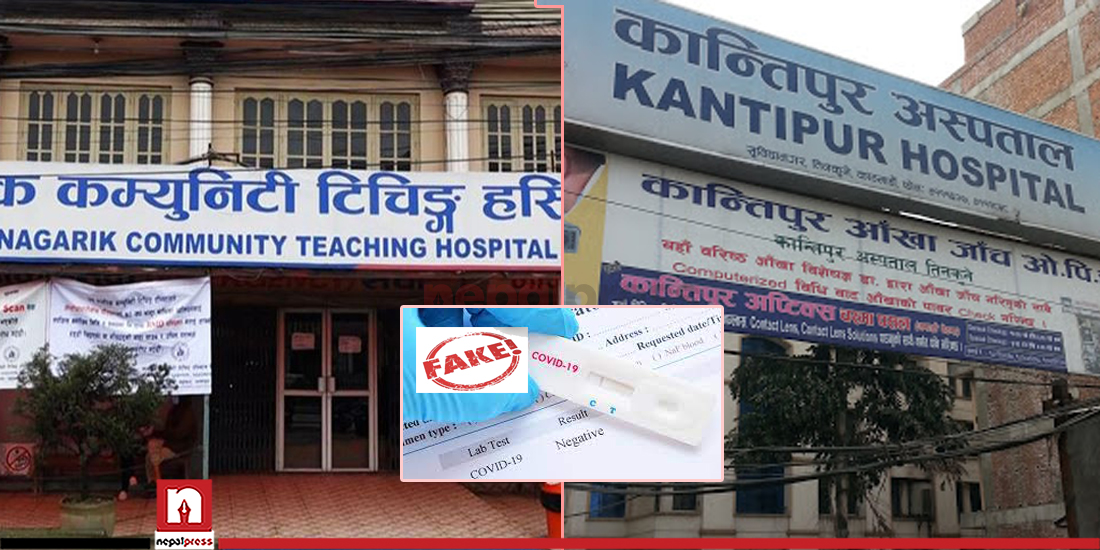 KATHMANDU: Four staffers of the two hospitals have been arrested for issuing fake PCR reports.

The detainees have been identified as Roshan Kumar Chetan and Prasanna Kumar Jha of Nagarik Community Teaching Hospital, Thimi, Bhaktapur and Nagendra Yadav and another staffer of the Kantipur Hospital in Tinkune, Kathmandu whose identity is yet to be disclosed.

Acting on a tip-off, a police team raided the Nagarik Community Hospital and Kantipur Hospital and arrested them.

Police said that they have been issuing fake PCR reports to the people going abroad for employment without taking the swab samples.

Police said that the arrestees have been found charging more than Rs 10,000 from each person for the reports.