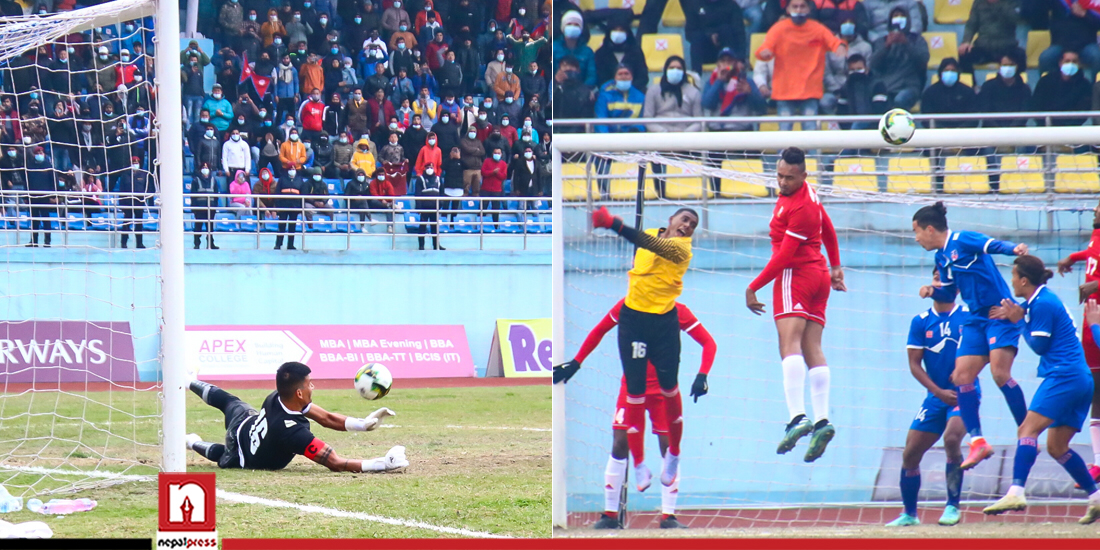 During the match held at the Dashrath Stadium onTuesday, Sujal Shrestha of Nepal scored decisive goal of the match in 10th minute.

This is the first international goal of Shrestha after six years.

Earlier, he had scored the international goal in 2016 against Macao in the Solidarity Cup.

Shrestha’s only goal in the final against Macao helped Nepal win the AFC Solidarity Cup.

This is Shrestha’s third goal in the senior international football.

Mauritius got an opportunity to score equaliser when they were awarded the penalty after Dinesh Rajbansi brought down midfielder Linsley Brasse in the D-box area.

Later, refree Nabindra Maharjan showed a red card to the players of the both team after the players get into a fight in 71st minute.

Mauritius were limited to nine players after defender was sent off for his second yellow card in 71st minute.

Earlier, Nepal registered 1-0 victory over the African side  in their first match held on Sunday.