Death toll from landslides, flooding climbs to 24 in Brazil 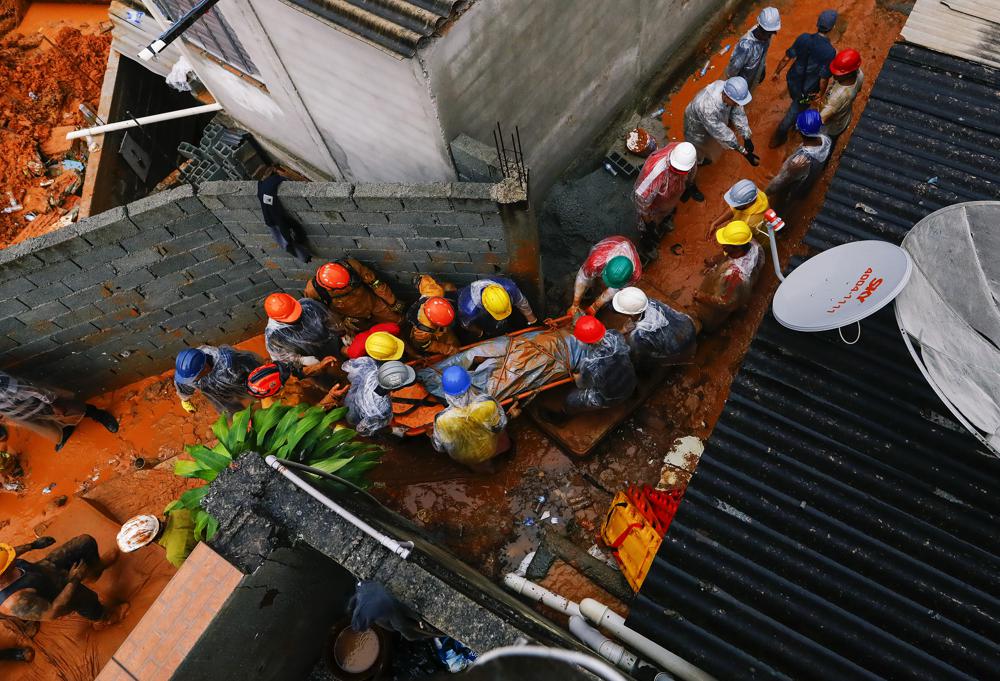 The death toll from landslides and flooding set off by heavy rains in Brazil’s Sao Paulo state reached 24 on Monday as firefighters continued pulling bodies from the mud, Associated Press reported.

Brazil’s most populous state was blasted with rain over the weekend, and hundreds of thousands of people were forced from their homes. The death toll had stood at 19 late Sunday, according to a statement from the civil defense authority.

”(I’m looking for) my nephew, his wife and a 2-year-old child,” Cicero Pereira, 54, told The Associated Press beside a disaster site in the city of Franco da Rocha. “They said the bodies are still there under the mud, but until now they couldn’t recover them.”

“When I started running, the debris fell all over me,” Bonfim said. “I got hurt, but found a hole and, thanks to God, I managed to escape. But my father is still there.”

A total 27 cities were affected, of which Franco da Rocha suffered the greatest loss of life. Gov. João Doria used a helicopter to survey damaged areas Sunday and announced the equivalent of $2.8 million in financial aid to affected cities.

Alessandro Lima de Freitas, a coordinator for firefighters working to retrieve bodies, updated his list of missing people in Franco da Rocha. He told reporters that the concentration of rain was much heavier than locals are used to.

Southeastern Brazil has been punished with heavy rains since the start of the year, with 19 deaths recorded in Minas Gerais state earlier this month.