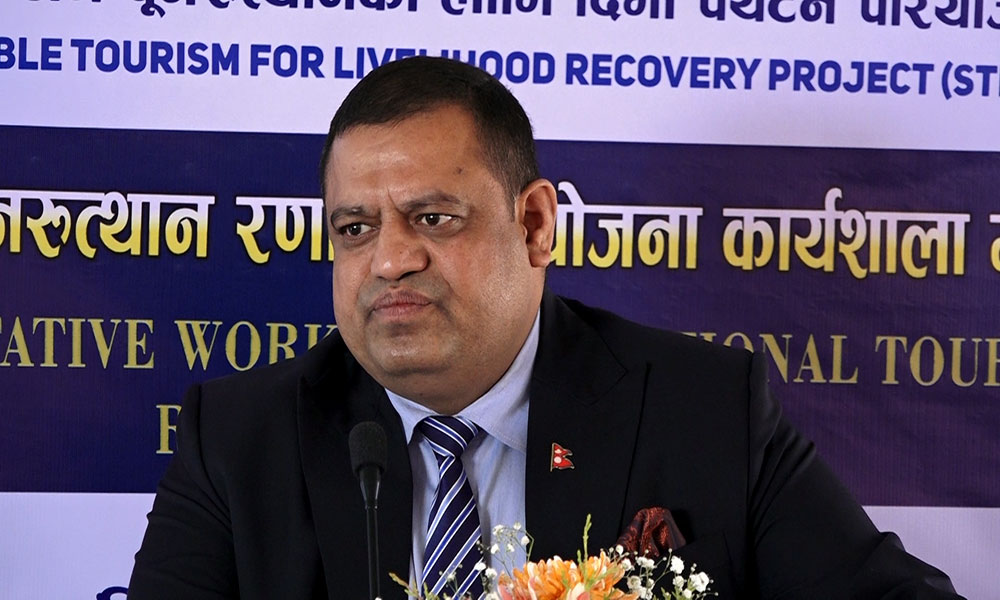 KATHMANDU: The Board of Directors have sought clarification from Nepal Tourism Board CEO Dhananjay Regmi.

A meeting of the Board of Directors held on Tuesday sought the clarification on the basis of a report submitted by the probe committee.

The report prepared by the probe committee led by Vice-Chairman Chandra Rijal was discussed in the meeting presided over by Maheshwor Neupane, Secretary of the Tourism Ministry and Chairman of the Nepal Tourism Board.

During the meeting, the probe committee proposed action against Regmi after he was found abusing the authority and involved in financial irregularities.

Regmi was told to furnish the clarification within a week.

It has been learnt that he also presented himself in an indecent manner with Neupane and Rijal in today’s meeting.

Regmi was appointed CEO of Nepal Tourism Board when UML leader Yogesh Bhattarai was the Tourism Minister.