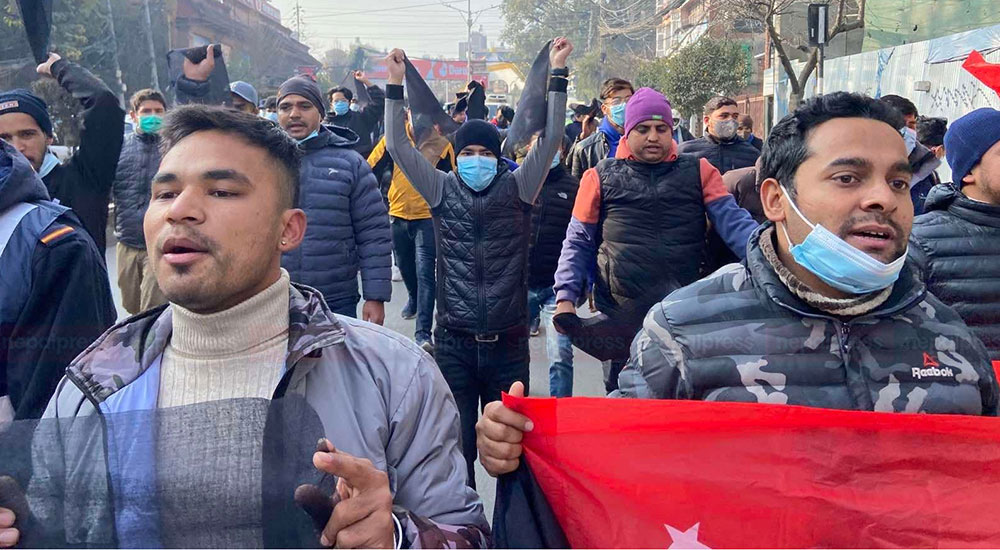 KATHMANDU: All Nepal National Free Students Union (ANNFSU), the student wing of main opposition CPN-UML, staged a demonstration outside the minister’s quarter in Pulchok, Lalitpur on Tuesday demanding that the government announce the date of local level elections at the earliest.

The ANNFSU cadres gathered outside the minister’s quarter this morning and chanted slogans like announce the date of local elections and cannot postpone the polls among others.

They also waved black flags to Minister for Communications and Information Technology Gyanendra Bahadur Karki while he was coming out of his quarter.

The term of the elected representatives of the local levels is expiring in June. But the government has not announced the date of civic polls yet.

The five parties of the ruling coalition, however, have decided to hold the elections by mid-June. 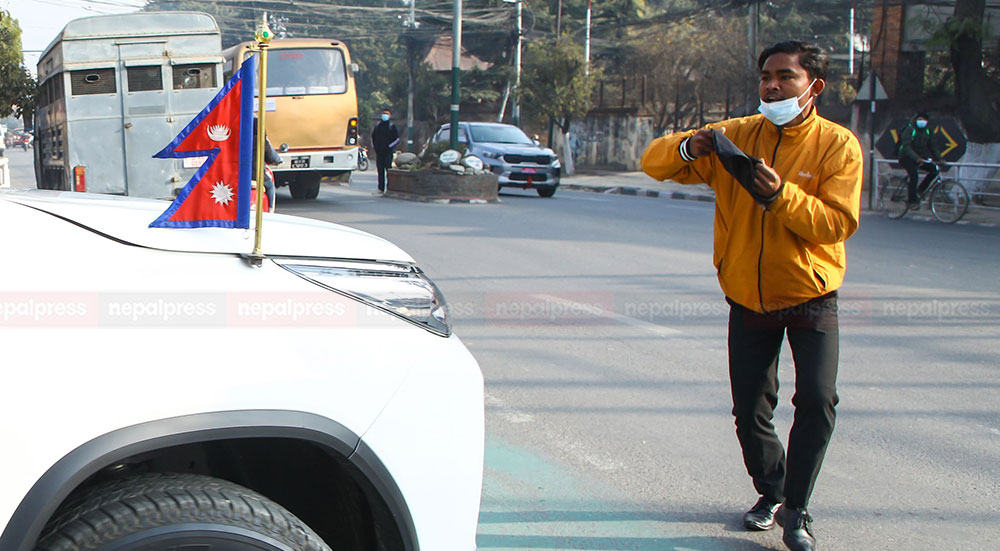 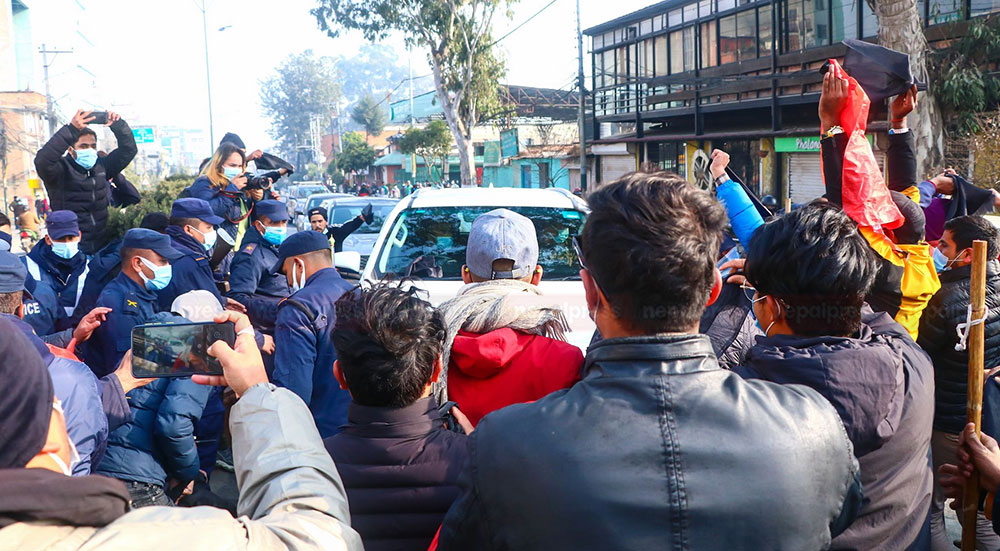 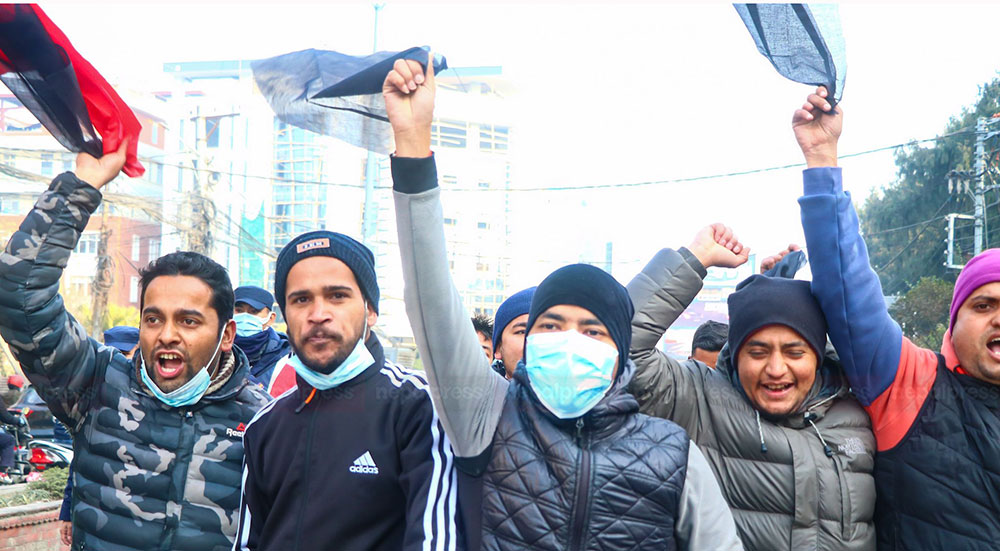 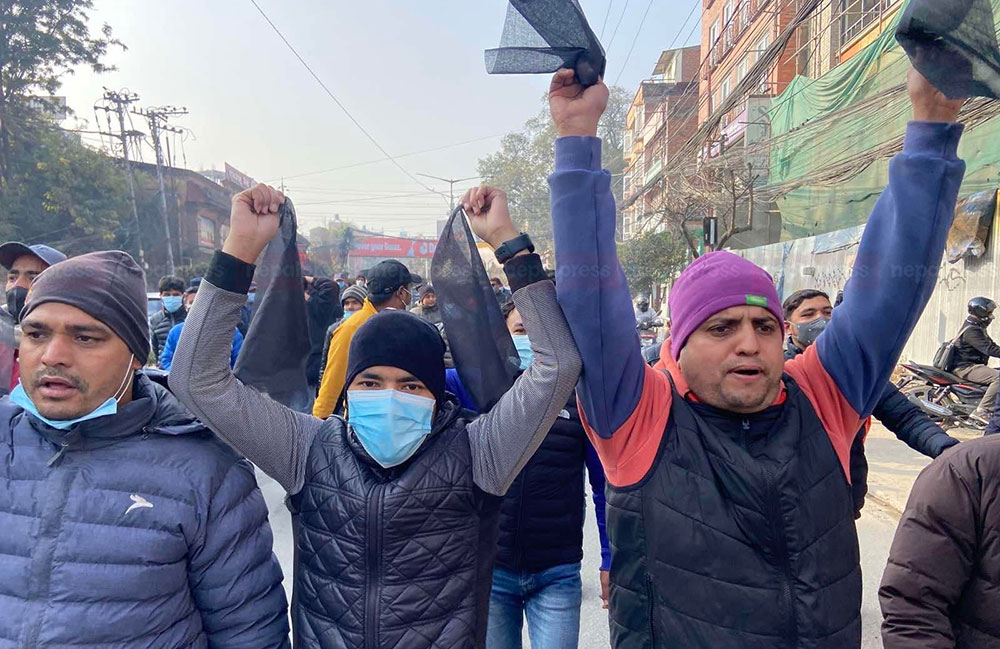 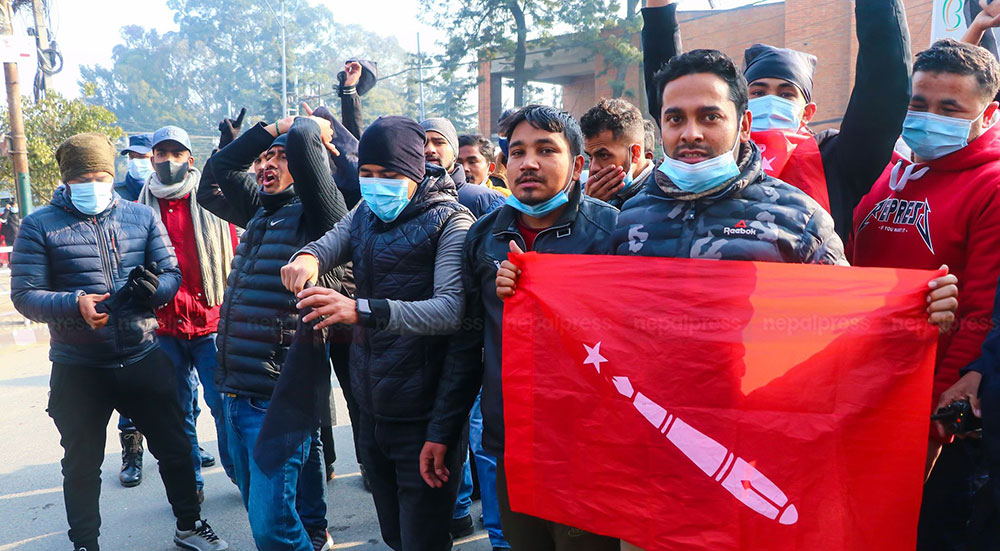 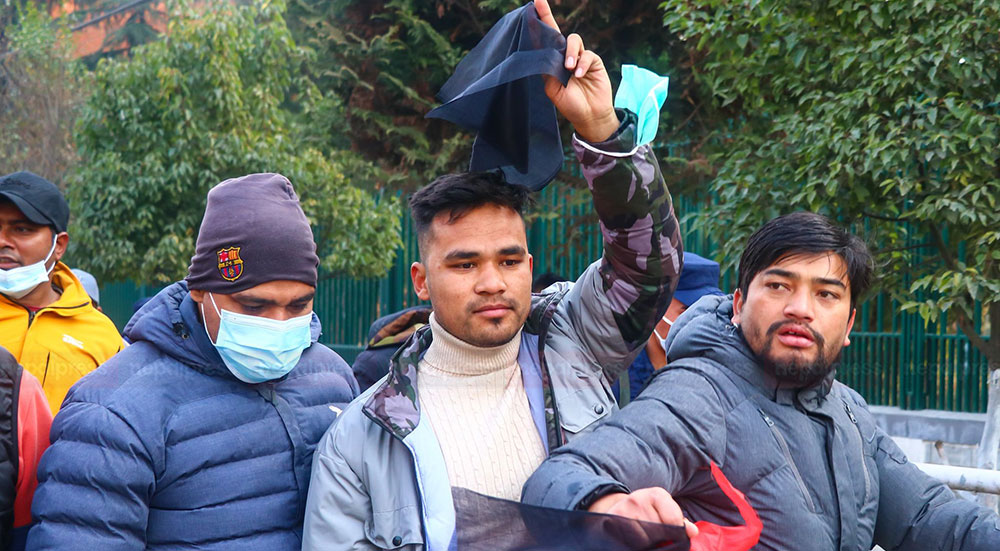