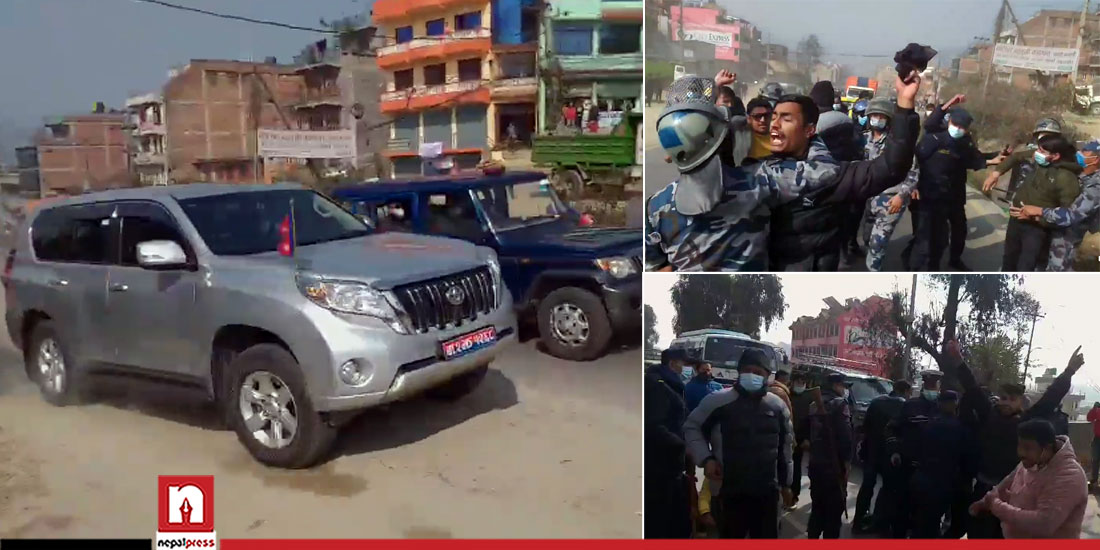 They weaved the black flags while Sapkota was heading towards Sindhupalchok this morning.

The cadres also obstructed the vehicle of the Speaker. Later, police used force to disperse the mob.

The UML has been demanding resignation of Sapkota saying that he had played a vital tile o split the party.