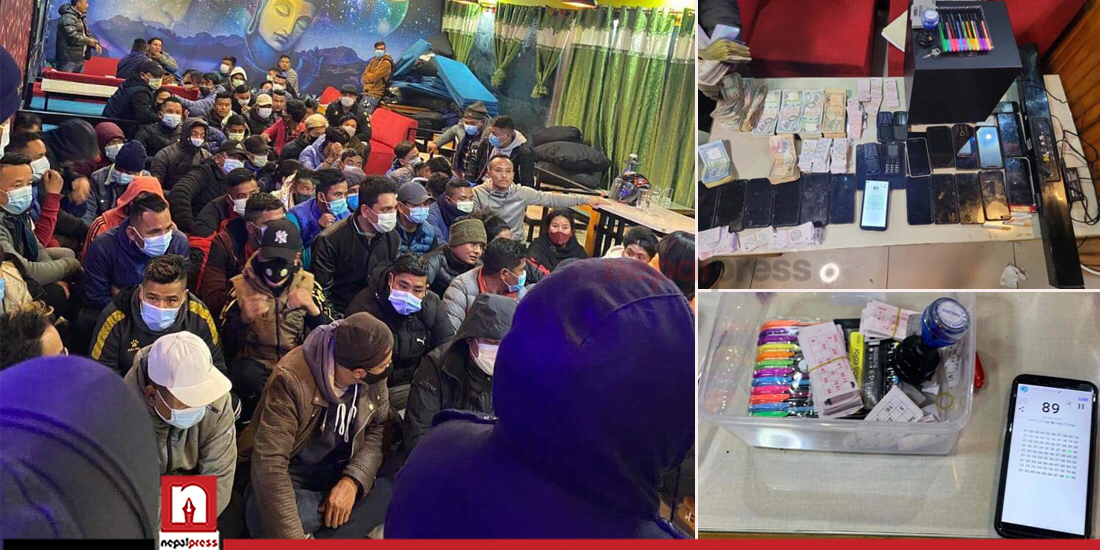 KATHMANDU: Police swooped down on an illegal gambling den at Boudha on Sunday and arrested 74 persons.

Police rounded up 66 men and eight women from the restaurant operated by Subash Ghising (30) of Dolakha and currently residing at Baneshwor.

Police said they they have recovered Rs 619, 250 in cash from the scene.