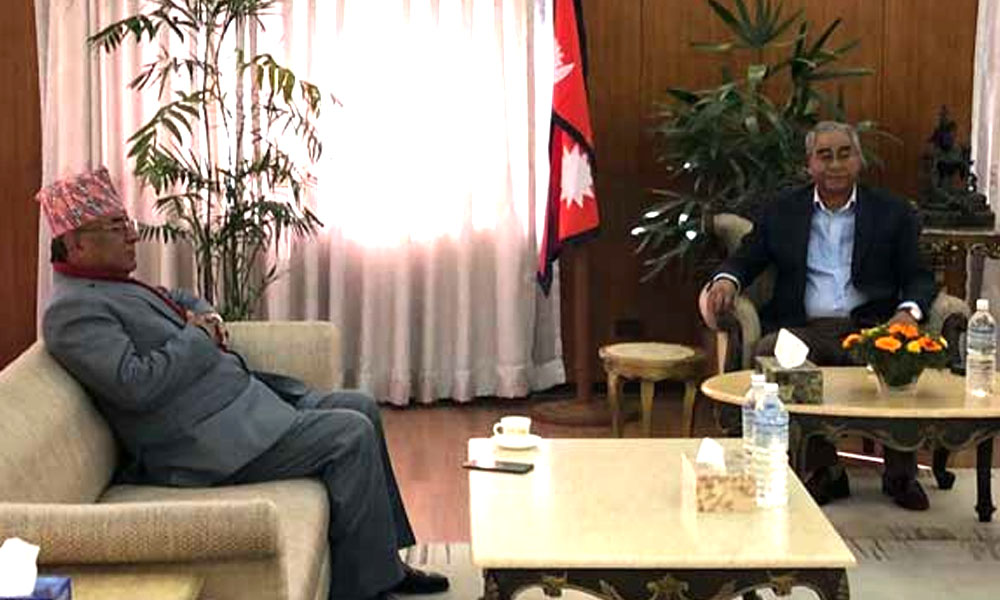 It has been learnt the two leaders discussed Millennium Challenge Corporation (MCC) and local level elections.

Both sides said that there will be no threat to the ruling coalition due to the MCC.

Dahal and Nepal, however, have sought 10 days time for the same, a source close to Paudel said.