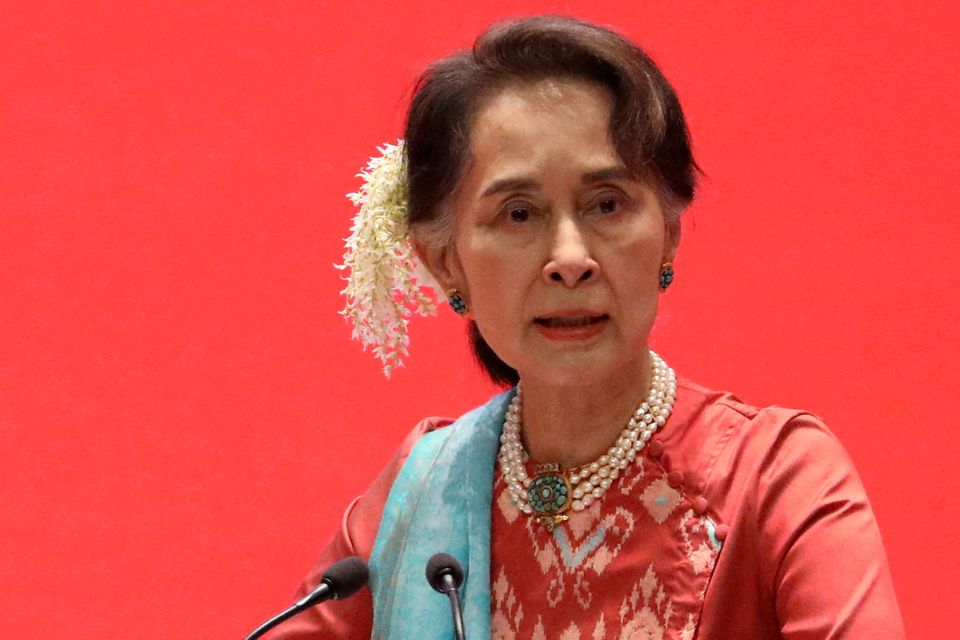 A court in army-ruled Myanmar will start an election fraud trial of deposed leader Aung San Suu Kyi on Feb. 14, a source familiar with the proceedings said on Monday, after she was accused of influencing the 2020 vote to win a second term in office, Reuters reported.

Suu Kyi faces trial in more than a dozen cases and so far has been sentenced to a combined six years in detention by a court in the capital Naypyitaw, in legal proceedings derided by the international community as a sham.

She has denied the military’s accusations of fraud in a 2020 poll swept by her National League for Democracy (NLD) party.

Nobel Peace Prize Laureate Suu Kyi, 76, is accused of influencing the election commission during the ballot. Former president and ally Win Myint and Min Thu, a former cabinet member, face the same charges, said the source, who asked not to be identified due to the sensitivity of the issue.

The trio have been charged under section 130-A of the penal code and face up to three years in jail and a fine if found guilty. It adds to a slew of cases against Suu Kyi that carry combined maximum prison terms of more than a century. L4N2UB1FJ

A spokesperson for the junta did not answer a call seeking comment. The military government has previously said Suu Kyi would be afforded due process by an independent court.

The military said it took power because its complaints of fraud by the NLD, which won the 2020 election in a landslide, were being ignored by the election commission. The NLD says it won fairly.

Suu Kyi was arrested in the hours before the Feb. 1 coup last year and the junta’s critics say the charges against her are designed to ensure she can never return to politics.

The trials are taking place behind closed doors and defence lawyers, previously the only source of information on the proceedings, are currently the subjects of a gag order.